Esports Trends to Watch in 2020 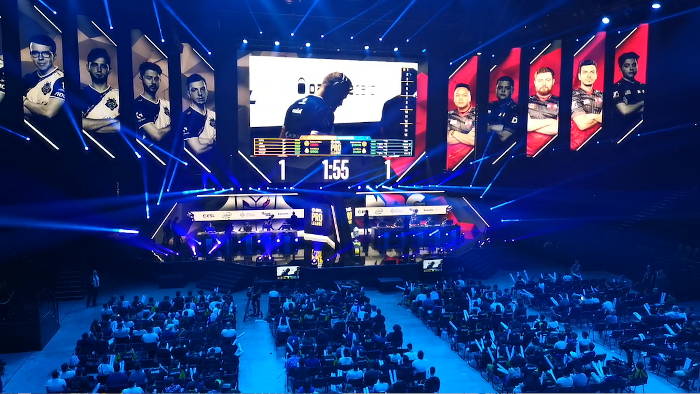 1. The Rise of Mobile Esports

As you can learn in our recent article, the introduction of Lite apps has led to a spike in gamers in markets like Southeast Asia, India and Brazil.

These Lite apps, especially with the success of games like PUBG Lite and Garena Free Fire, have solidified competitive mobile gaming as a popular pastime in these emerging markets.

According to Intz's Sales & Brand Partnerships Director, Chico Tattini, Garena Free Fire took off in the Brazilian market due to its compatibility with mid-tier smartphones : "It broke the important under-$500-phone barrier, bringing one million potential fans to the esports community," he told us.

Naturally, competitive scenes in these games have also exploded in popularity across growth markets, contributing to a huge jump in live viewership numbers for mobile esports. Mobile esports generated 50 million live viewership hours from Sept to Nov 2019- around ten times more than the same period in 2018.

While PC games are still the highest-grossing and most watched esports in mature markets, mobile esports will begin to make significant inroads in Brazil, the Middle East & Africa, India, and Southeast Asia throughout 2020.

2. Innovation in Digital and Other Direct-to-Consumer Esports Products

Supported by publishers, many esports games' decision-makers are starting to see the value of digital and direct-to-consumer products.

We expect to see publishers and organizers experimenting with even more direct-to-consumer products in 2020. After all, these kinds of innovations strengthen a game's esports community, its wider gaming community, and therefore reinforces the game's overall brand.

3. More Cities Will Leverage Esports as a Tourist Attraction

Host city programs, in which cities bid on the right to host large events, have been a staple of traditional sports for a long time.

The year 2019 kickstarted host city programs for several esports. Our analysis of initial reports suggests that this is an attractive option for forward-thinking cities looking to increase revenues from tourists, all while exposing their city to a younger demographic. Not only would this bring more tourism, but it could also attract young highly skilled talent.

According to a report by Riot Games, the League of Legends LEC Finals, which took place over two days, contributed more than $2.6 million to Rotterdam's economy.

4. Franchises and Leagues Broaden Their Horizons

Esports franchising is a trend that's here to stay, as shown by the business' willingness to invest in closed league systems and high-priced slot acquisitions.

Closed circuits give events a certain level of stability, making franchises not only more attractive for investors but also for teams and leagues.

Esports ecosystems are still young and tend to be quite top-heavy. This means in non-franchised ecosystems relegation is often seen as a death sentence as there is a precipitous drop in revenues and asset value. Every stakeholder stands to gain from franchising :

Investors can commit an upfront amount of capital, without having to worry about regulation depreciating the value of the team they invested in ; and

Team owners can use the stability to make long-term-oriented business decisions and negotiate longer deals with sponsors.