XR hardware and consumer software will earn $6.3B in 2020

SuperData now projects XR hardware and consumer software will earn $6.3B in 2020, down from a prior projection of $7.7B. The impact of Covid-19 has been felt throughout the industry, though certain sectors are poised to experience rebounds as early as the second half of this year. 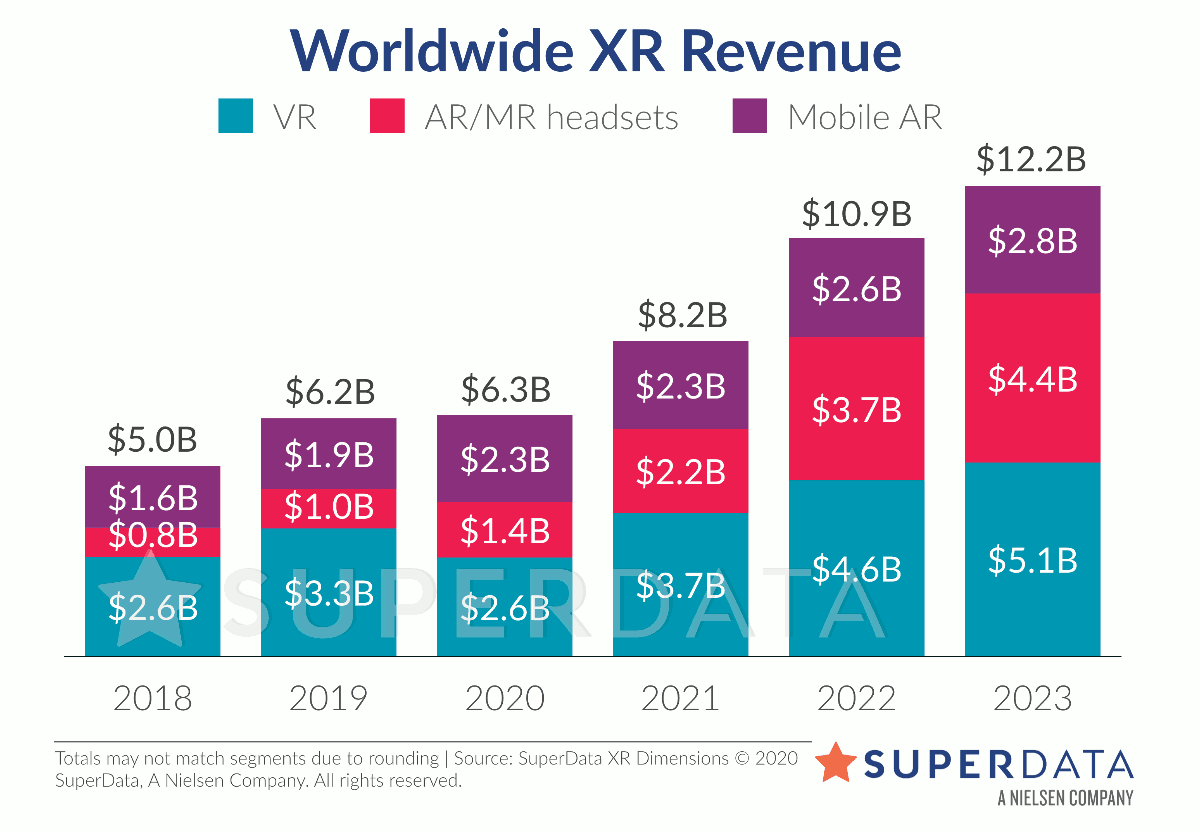 Supply issues caused sales of major VR headsets to fall from Q4 2019 to Q1 2020. Quarterly sales have often been lower after the holiday season, but this year's decline was compounded by a lack of supply. Products that performed particularly well during the holidays sold out as Covid-19 shut down factories and prevented new devices from being manufactured. For example, Valve Index sales fell from 103K in Q4 to just 33K in Q1.

Since falling sales are due to a lack of supply, not demand, shipments of many headsets are poised for a rebound as supply chains return to normal. Much like video games as a whole, VR is a medium consumers are turning to as they are faced with fewer out-of-home entertainment options. Devices ranging from the PlayStation VR to Oculus Quest sold out or commanded a premium price from resellers on Amazon and Ebay.

Half-Life : Alyx experienced a blockbuster launch for a VR title with 860K sales in March. The 860K figure includes direct purchases of the PC title (which generated $40.7M in revenue) and copies bundled with devices like the Valve Index. Sales numbers would likely have been higher if several major VR headsets were not sold out for much of the quarter.

Location-based VR venues, which had enjoyed steady growth, were unfortunately the most heavily impacted segment due to Covid-19. We now project VR location-based entertainment (LBE) revenue will fall 72% to $141M in 2020. It will likely take some time for LBE VR earnings to return to 2019 levels due to the lingering impact of Covid-19.

Investments in XR firms are set to fall in the short term but the current crisis has the potential to generate greater enterprise interest in XR in the long run. We now project that venture investments in private XR firms will total $923M in 2020, down 10% from 2019. However, we have revised our 2023 estimate of enterprise investment in XR-related R&D and external development up by 4% (to $15.9B) to account for increased demand for tools in areas like remote collaboration, virtual training and more.