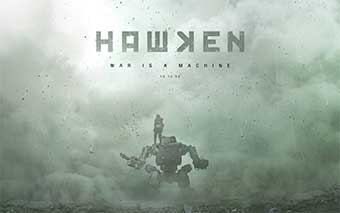 Gaikai Inc., the innovative cloud gaming service, and Meteor Entertainment, a newly formed publisher of free-to-play video games including the highly anticipated HAWKEN, today announce a new partnership that will bring HAWKEN to Gaikai's open cloud gaming platform. Powered by Gaikai's high performance open cloud platform, HAWKEN will be available to try instantly before its 12/12/12 launch date on www.playhawken.com and other websites, with no downloads or installs required.

Developed by Adhesive Games and published by Meteor Entertainment, HAWKEN is an innovative free-to-play multiplayer online game where players battle giant armored mechs amongst the ruined cities of a toxic planet. The new PC title is set to revolutionize digital game distribution as well as the mech genre, by delivering fast paced mech combat action and state-of-the-art visuals to hardcore players worldwide on the web through a free-to-play business model where players buy virtual goods rather than paying for the game up front. Since HAWKEN was first announced on 2/6/12, over 200,000 players have signed up for the closed beta at www.playhawken.com and trailers of the game have generated over 3 million views from excited fans on YouTube.

"HAWKEN wants to be free and it wants to be everywhere - and with Gaikai, it will be," stated Mark Long, CEO at Meteor Entertainment. "Their tech is the next level. It's mind blowing to see HAWKEN running on a tablet!" 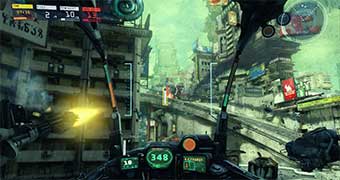 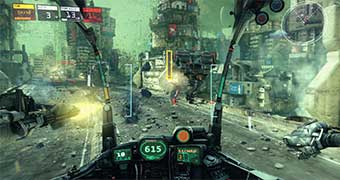 "HAWKEN is set to be one of the hottest titles of 2012, with stunning visuals and action-filled gameplay. It is a refreshing addition to mech genre, as well as an outstanding example of a high-quality development from an independent studio," said Robert Stevenson, EVP at Gaikai. "By hosting the best gaming experiences available, we can fully showcase the capabilities of Gaikai's open cloud platform."

This past February Meteor Entertainment raised more than $10M from Benchmark Capital and FirstMark Capital, backers of the successful Riot Games studio, to support development efforts on HAWKEN.

Gaikai has spent four years designing and building the fastest interactive cloud network in the world, instantly capable of delivering cutting-edge games without the need for any extra custom hardware or software. Coupled with relationships with the top video game and development partners around the world, Gaikai is capable of delivering a broad catalog of the world's most exciting games straight to consumers across the web including social networks like Facebook or on any Internet connected device including televisions, set-top boxes or tablets.