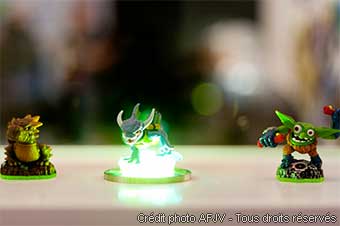 Activision Publishing, Inc., a wholly owned subsidiary of Activision Blizzard, Inc., is pleased to announce that Skylanders Spyro's Adventure, which launched to great acclaim and record-setting sales in October 2011, was the #1 best-selling console and handheld video game title between January and April 30, 2012 worldwide based on revenue inclusive of toys and accessories, according to The NPD Group, GfK, Charttrack and Activision internal estimates.

"This achievement is incredibly gratifying, and quite an honor for everyone at Activision and our team at Toys for Bob," said Eric Hirshberg, CEO of Activision Publishing. "It was a simple idea really—bridging the gap between real and virtual play—but one that required tremendous creativity to execute and communicate to our audience. It spawned a new category and a new platform for play in an overwhelmingly challenging marketplace. We couldn't be happier that there is an ever-growing universe of Portal Masters out there."

Skylanders Spyro's Adventure combines unique and collectible "toys with brains" with an epic digital fantasy world, creating an unprecedented medium for cross-platform, communal play. Physical toys spring to virtual life by placing them on them the Portal of Power peripheral included with every starter pack. This novel concept was universally acclaimed after its launch, becoming the #1 best-selling kid's video game title worldwide in 2011 based on revenue inclusive of toys and accessories and the best-performing new children's video game IP in North America in overall single-year revenue, inclusive of software and accessories since NPD began tracking the category in 1998. Since claiming the top overall sales spot for 2012, the game has eclipsed the usual constraints of genre and demographics—no longer a daring experiment, Skylanders is now an unqualified monster hit. 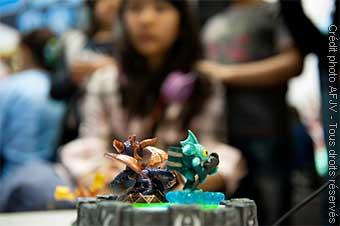 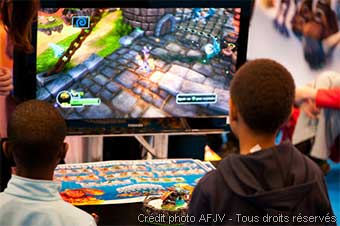 In addition to its perch atop the international sales charts, the Skylanders franchise has soared to mobile and the web. The console sequel, Skylanders Giants, will enjoy its Electronic Entertainment Expo coming-out party this June 5-7th and is swiftly becoming one of this fall's most hotly anticipated titles. Giants will introduce more than 20 new figures and a raft of technological and gameplay innovations that create even more opportunities for collaborative and competitive play. The sequel to the best-selling video game title of 2012 launches this October.