Capcom, a leading worldwide developer and publisher of video games, today confirmed the next wave of upcoming titles it will be showcasing at the 2012 E3 Expo in Los Angeles which opens officially tomorrow. In addition to playable debuts for Resident Evil 6 and Lost Planet 3 there will also be new content for DmC Devil May Cryand Street Fighter X Tekken for PlayStationVita.

Capcom's full roster of titles on display at its booth 1047 in the South Hall of the LA Convention Center includes: 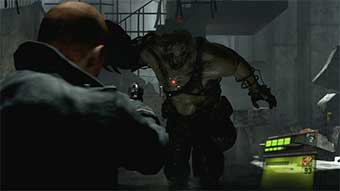 Playable for the first time, E3 attendees will be able to see the true scope of Resident Evil 6 with a demo featuring three different missions and distinct gameplay experiences available in both single and co-op modes. Each mission is taken from one of the game's separate stories with a different protagonist as the lead. Play as Leon S. Kennedy alongside Helena Harper and explore the dark confines of the Ivy University campus and the zombies that fill its hallways. Select Chris Redfield's mission and head to China for an intense encounter against the deadly J'avo with BSAA colleague Piers Nivans on the rooftops of Lanshiang. The third mission in the E3 demo shifts the action to the war-torn Eastern European state of Edonia and sees Jake Muller and Sherry Berkin trying to escape the relentless pursuit of the Ustanak, one of the new B.O.W.'s being introduced in Resident Evil 6. Over the course of Resident Evil 6 players will experience how both the stories and the action of each protagonist and their partners cross and interweave ahead of the final climax in China. 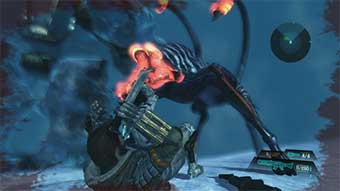 Attendees at E3 will be amongst the first in the world to experience Lost Planet 3, with the extreme and unpredictable conditions that characterise the Lost Planet series returning, harsher than ever before. The game centres on Jim Peyton, a Utility Rig pilot who has taken on a hazardous but lucrative contract with Neo-Venus Construction (NEVEC) on the planet of E.D.N. III. The rig acts as Jim's home away from home as well as offering him protection from the ever changing climate. Players will soon discover though that the rig's array of tools are just as useful at taking out the indigenous Akrid as they are fulfilling his contract work. Outside the rig the gameplay switches to on-foot battles with Jim at the mercy of the elements, combining gun and melee based combat to survive all that E.D.N. III can throw at him. The E3 demo sees players experience action both in and outside the rig as Jim sets about locating another pocket of the planet's thermal energy. Cross vast snowy plains before heading on foot into a deserted base and then returning to the rig for a final showdown.

There are many secrets locked away on E.D.N.III and Lost Planet 3 will ultimately unveil further mysteries when it launches in early 2013 for Xbox 360, PlayStation3 and Windows PC. 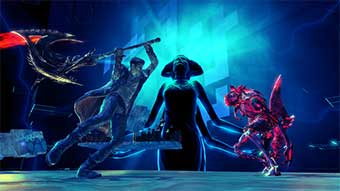 E3 2012 sees the welcome return of Dante, one of video gaming's most iconic characters in a two level playable demo of DmC Devil May Cry. In Under Watch players will need to fight their way through waves of enemies while the world itself is also out for Dante's blood. In the aptly named Secret Ingredient, players will have to get down and dirty with Poison, the first Boss from the game to be playable. Switch between Dante's Angel and Demon states on the fly to dramatically alter the effects of his actions and weapons to link attacks, perform combos, activate Dante's Devil Trigger and earn that highly sought after Triple S-level.

DmC Devil May Cry will be released on January 15, 2013 for PlayStation3 and Xbox 360 with a Windows PC version to follow. 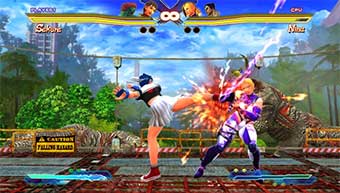 Visitors to Capcom's booth will be able to check out and play the game's Cross Play functionality which allows owners of the PS Vita version to compete against owners of the PlayStation3 version anywhere in the world, via Wi-Fi or 3G. Street Fighter X Tekken also allows players to connect and battle it out with fellow PS Vita owners locally via Ad-Hoc mode or across the globe using Wi-Fi or 3G.

Street Fighter X Tekken for PS Vita is scheduled for release this autumn.

As part of the year long celebration of one of gaming's most iconic and successful franchises E3 attendees will be able to visit an area dedicated to Street Fighter which will feature a history of the brand, a further opportunity to play Street Fighter X Tekken for PS Vita, details of the global SF tournament and a first look at one of the major prizes on offer - an all-new custom designed Scion FR-S Sports Coupe. Capcom has partnered with Scion, Five Axis and Sony Computer Entertainment America (SCEA), to create a one-of-a-kind Street Fighter-themed sports car, complete with video entertainment hardware from SCEA and a modified exterior from Five Axis including a custom FIVE:AD aero kit, spoiler, wheels, as well as many more premiere components from leading automotive aftermarket companies.