Sony Computer Entertainment Inc. (SCEI) today introduced PlayStation4 (PS4), its next generation computer entertainment system that redefines rich and immersive gameplay with powerful graphics and speed, intelligent personalization, deeply integrated social capabilities, and innovative second-screen features. Combined with PlayStationNetwork with cloud technology, PS4 offers an expansive gaming ecosystem that is centered on gamers, enabling them to play when, where and how they want. PS4 will be available this holiday season. 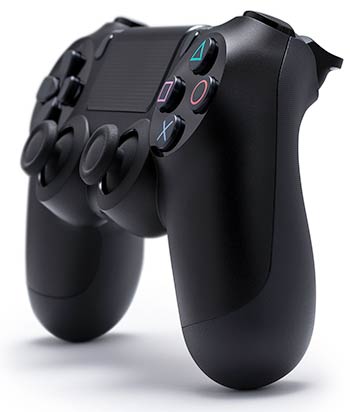 PS4 was designed from the ground up to ensure that the very best games and the most immersive experiences reach PlayStation gamers. PS4 accomplishes this by enabling the greatest game developers in the world to unlock their creativity and push the boundaries of play through a system that is tuned specifically to their needs.

PS4 also fluidly connects players to the larger world of experiences offered by PlayStation, across the console and mobile spaces, and PlayStation Network (PSN).

The PS4 system architecture is distinguished by its high performance and ease of development. PS4 is centered around a powerful custom chip that contains eight x86-64 cores and a state of the art graphics processor.

The Graphics Processing Unit (GPU) has been enhanced in a number of ways, principally to allow for easier use of the GPU for general purpose computing (GPGPU) such as physics simulation. The GPU contains a unified array of 18 compute units, which collectively generate 1.84 Teraflops of processing power that can freely be applied to graphics, simulation tasks, or some mixture of the two.

PS4 is equipped with 8 GB of unified system memory, easing game creation and increasing the richness of content achievable on the platform. GDDR5 is used for this memory, giving the system 176 GB/second of bandwidth and providing a further boost to graphics performance.

The end result for gamers is new games with rich, high-fidelity graphics and deeply immersive experiences that shatter expectations.

Social interaction is central to PS4 experiences, so new features were built into the actual foundation of the system's hardware architecture. PS4 provides dedicated, "always on" video compression and decompression systems that enables seamless uploading of gameplay. For the first time ever, gamers can share their epic triumphs with the press of a button. Gamers simply hit the "SHARE button" on the controller, scan through the last few minutes of gameplay, tag it and return to the game—the video uploads as the gamer plays. Gamers can share their images and videos to their friends on social networking services such as Facebook.

PS4 also enhances social spectating by enabling gamers to broadcast their gameplay in real-time to friends using live internet streaming services such as Ustream. During live broadcasts, friends can make comments on the streamed gameplay and, if a gamer gets stuck on a challenging level, friends can also join the game in completely new ways. For example, friends can offer health potions or special weapons when a player needs them most during actual gameplay.

Furthermore, users can connect their Facebook account with Sony Entertainment Network account. Through PS4, users are able to deepen their connections through co-op play or "cross-game chat".

PS4 integrates second screens, including PlayStationVita (PS Vita), smartphones and tablets, to wrap gamers in their favorite content wherever they are. A key feature enabled by second screens is "Remote Play" and PS4 fully unlocks its potential by making PS Vita the ultimate companion device. With PS Vita, gamers will be able to seamlessly pull PS4 titles from their living room TVs and play them on PS Vita's beautiful 5-inch display and intuitive dual analog sticks over Wi-Fi networks*1. It is SCEI's long-term vision is to make most PS4 titles playable on PS Vita*2.

A new application from SCE called "PlayStationApp" will enable iPhone, iPad, and Android based smartphones and tablets*3 to become second screens. Once installed on these devices, users can, for example, see maps on their second screens when playing an adventure game, purchase PS4 games while away from home and download it directly to the console at home, or remotely watch other gamers playing on their devices.

PS4 radically reduces the lag time between players and their content. PS4 features "suspend mode" which keeps the system in a low power state while preserving the game session. The time it takes today to boot a console and load a saved game will be a thing of the past. With PS4, gamers just hit the power button again and are promptly back playing the game at the exact point where they left off. Additionally, users can boot a variety of applications including a web browser when playing a game on PS4.

PS4 also enables games to be downloaded or updated in the background, or even in stand-by mode. The system takes it one step further by making digital titles playable as they are being downloaded. When a player purchases a game, PS4 downloads just a fraction of the data so gamers can start playing immediately, and the rest is downloaded in the background during actual gameplay.

On the newly designed PS4 menu screen, players can look over game-related information shared by friends, view friends' gameplay with ease, or obtain information of recommended content, including games, TV shows and movies. The long-term goal of PS4 is to reduce download times of digital titles to zero: if the system knows enough about a player to predict the next game they will purchase, then that game can be loaded and ready to go before they even click the "buy" button. PS4 will further enrich users' entertainment experiences, by meeting their potential needs. 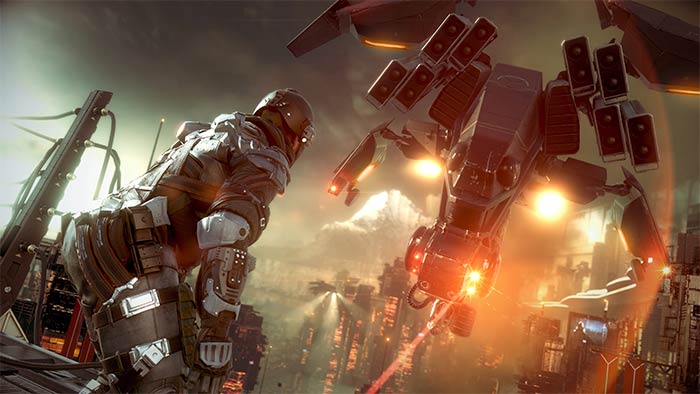 Gaming in the Cloud

Launched in November 2006, PlayStation Network, a network service for PlayStation users, now operates in 67 countries and regions*4 around the world with the total number of downloaded content of more than 2.8 billion*5. In addition to a variety of games available in PlayStationStore, PS4 users will be able to enjoy a variety of services offered by PSN, such as Sony Corporation's Music Unlimited, a cloud-based music subscription service and Video Unlimited, a premium video service, as well as various content distribution services.

By combining PlayStation Network with Gaikai Inc's cloud technology, it is SCE's goal to make free exploration possible for various games. In the future, when a gamer sees a title of interest in PlayStation Store, they can immediately start playing a portion of the actual game — not a stripped down version of the game. With Gaikai and PlayStation Store, gamers will be able to experience appealing games and only pay for the games they actually love. PlayStation Network and the cloud will offer additional value to PlayStation gamers. SCE is exploring unique opportunities enabled by cloud technology with the long-term vision of making PlayStation libraries including an incredible catalog of more than 3000 PS3 titles*6 that is unmatched in the industry, mostly ubiquitous on PS4.

SCE will announce new details of PS4 and its robust lineup of games from 3rd party developers and publishers, the independent gaming community and SCE Worldwide Studios, as well as further enhancements to the entire PlayStation ecosystem between now and the holiday 2013 launch.

*Specifications are subject to change without notice.

As of February 20th, 2013 (in alphabetical order of developer/publisher) 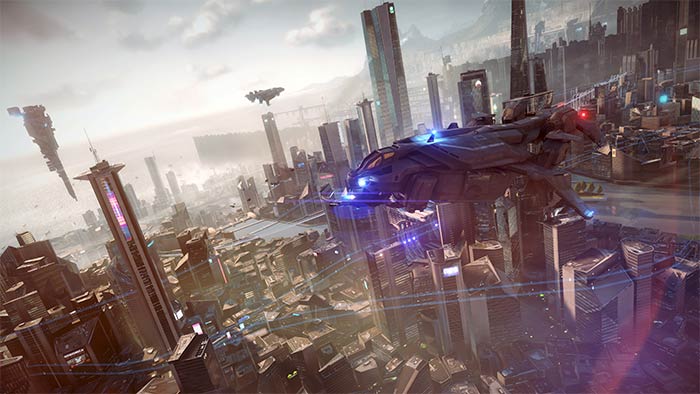 *1 Depending on network environment or titles, users may not be able to play games outside comfortably.

*2 Exept games that require peripherals such as PlayStation4 Eye ).

*3 Depending on the version of OS or other conditions, users cannot use the application.