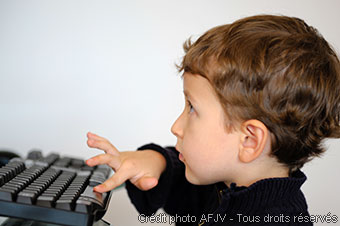 Today, 91 percent of kids (approximately 64 million) ages 2-17 are gaming in the U.S., an increase of 9 points when compared to 2009. While the percentage of kids gaming has grown significantly across all age groups, the fastest growth has been among kids ages 2-5, with an increase of 17 points in gaming incidence when compared to 2009. The other segments driving this growth are females and teens ages 15-17.

"Year-to-date through August 2011, kids comprised 44 percent of new physical software dollar sales, representing a vitally important consumer segment for the games industry," said Anita Frazier, industry analyst, The NPD Group. "Knowing how kids are spending their gaming time and dollars in both traditional and non-traditional outlets is key to staying relevant to this highly engaged audience."

The impressive growth experienced on mobile devices has been driven in large part by the availability of new devices on the market such as tablets, iOS and Android-based smartphones, as well as the abundance of content for these devices in the form of free and paid apps.

Despite this growth in mobile apps gaming, in the past 3 months, kids and their parents spent more than five times as much on physical games (across devices) as they did on mobile gaming apps for smartphones and other app-capable devices.

Data was collected via an online survey from August 1-15, 2011. (The 2009 wave was conducted from September 10-17, 2009). The survey was completed by 4,136 individuals ages 2 -17. In cases where surrogate reporting was used, mothers were asked to bring the child to the computer to answer survey questions, either with or without assistance. In order to qualify as a gamer, respondents had to report that they currently, personally play video games. Final survey data was weighted to represent the U.S. population of individuals age 2 to 17.