Nvidia to Return $1 Billion to Shareholders in Current Fiscal Year 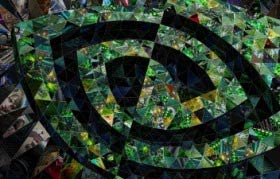 NVIDIA today announced that it will return $1 billion this fiscal year to shareholders in the form of stock buybacks and dividend payments, including $100 million in stock being repurchased this quarter.

This will bring to $1.2 billion the total capital returned to shareholders since the company announced its quarterly dividend program in November 2012.

NVIDIA had previously disclosed the return of $200 million in capital to shareholders since November. This includes $100 million in shares repurchased in its fiscal fourth quarter ended Jan. 27, 2013 and $100 million in dividends paid in the current and previous quarters.

The return of a further $1 billion will largely be through a structured stock repurchase program, which includes the $100 million being repurchased in the current quarter.

It also includes the company's quarterly dividend of $0.075 per share, which has amounted to about $50 million a quarter.

"NVIDIA's strategies are gaining traction in the market and make us confident in our ability to continue generating cash," said Jen-Hsun Huang, president and chief executive officer of NVIDIA. "We are now broadening our program of giving back cash to our shareholders and plan to return a further $1 billion by the end of this fiscal year."

Further details of the plan will be provided next month with the release of NVIDIA's financial results for the first quarter of fiscal 2014 ending April 28, 2013.