"As we enter a new fiscal year, EA is well-positioned for dynamic growth on next generation consoles, PCs, and mobile platforms," said Executive Chairman Larry Probst. "With world-class games, a rapidly growing digital business, and top-notch creative talent, we are excited about EA's strategy for FY 2014 and beyond."

"EA has a solid operating plan with disciplined R&D spending and a sharp focus on delivering the best games and services," said Chief Financial Officer Blake Jorgensen. "We are holding our FY 2014 operating expenses flat to the prior year - a significant achievement in a console transition year."

"EA and Disney have signed an agreement to create a number of games on the Star Wars franchise," said EA President of Labels Frank Gibeau. "Our agreement unlocks a whole new future of Star Wars games that will span consoles, PCs, tablets, mobile, and more."

*On a non-GAAP basis 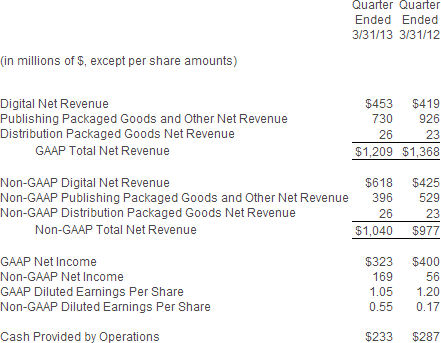 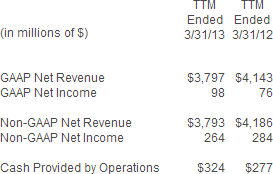 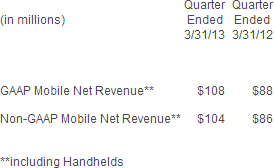