Xbox One's pursuit of the living room could broaden market 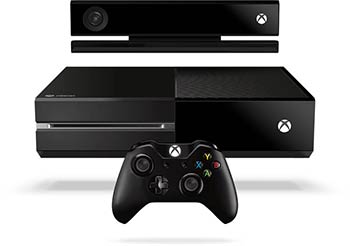 TIGA, the organisation representing the games industry, has welcomed the announcement of the latest Xbox console and said that it now looked forward to hearing more about how Microsoft would work with the development community. In particular, TIGA said that it looked forward to announcements about new games IP to be launched on the platform at E3, the trade show for computer and video games and related products, in Los Angeles on June 11th - 13th.

A number of UK developers were featured as partners at the announcement, including TIGA member and independent developer Playground Games, who had recent success with their Forza Horizon game.

"Microsoft have and continue to be a fantastic partner for us. It was great to be one of the British companies highlighted in the announcement. We are really excited by the possibilities Xbox One opens up for us and hope this new platform will create opportunities for indie developers to come back to the big screen space. We are heads down our next big game and hope to share more details soon".

The more powerful Kinect, with the ability to respond to heart rate, muscular flex, highly accurate voice and photon-accurate responsiveness to gestures open up exciting new possibilities for interactivity with both games and TV. The ability of SmartGlass to connect smartphones with TV functionality also goes some way to addressing how consoles can integrate the second screen.

Microsoft seems to be echoing Netflix's approach in creating top quality, exclusive entertainment, with the production of a Halo TV series backed by luminaries such as Steven Spielberg. This could herald a new era of gaming's most legendary characters going truly mainstream, and engaging new audiences who may never have controlled them on screen.

The potential for developers to access Microsoft's Azure cloud computing platform could also be one of the most significant advancements in the cloud gaming concept yet seen. This separation of local and cloud processing power could potentially open up new frontiers in graphics and in-game physics.

"Microsoft is clearly investing in a strategy that, in winning the living room, should grow the overall console market. This is good news for developers everywhere. The effort and investment in pushing the boundaries of how we interact with games, and how games interact with the rest of the entertainment spectrum is also commendable.

"Developers now look forward to hearing more about Microsoft's commitment to developer collaboration, how Xbox One's digital marketplace will provide more distribution and marketing options, tools and measurement, and how SmartGlass will allow cohesive, immersive multi-device gaming experiences. We also look forward to hearing more about the games that will deliver the next generation of AI, storytelling, and interactivity."

"TIGA welcomes the Xbox One; this new hardware will ignite the long-awaited new console cycle and give UK games developers and British games sales a much-needed shot in the arm. I look forward to hearing more from Microsoft on how its digital distribution platform will evolve to support smaller, independent development teams. It will also be exciting to see Xbox One's confirmed new IP at E3."