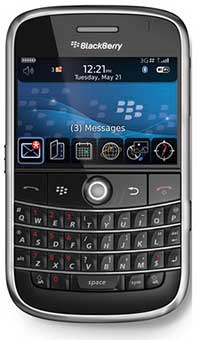 Research in Motion's BlackBerry services went down on Monday, October 10. The outage was due to a core switch failure in Slough in the U.K., where RIM has one of its service NOCs (Network Operation Centers), impacting email and message delivery in Europe, the Middle East, and Africa. By Tuesday, the outage spread to some Latin American countries and on Wednesday North American users reported problems too. Only four days later was the service back on track again.

RIM has faced outages in the past, but never on such a large scale and not for so long. The company has built its reputation on the back of a very reliable and secure service. Multinationals, governments, police forces, and individuals use BlackBerrys as they provide what is perceived as the best email and messaging mobile service. In his book "The Inside Story of Research In Motion," Rod McQueen describes how BlackBerrys were used to communicate in New York during the 9/11 terrorist attacks. BlackBerrys were the only handsets working on that day, and after the disaster the American government and police forces adopted BlackBerrys as their primary handsets.

This outage harms BlackBerry's brand reputation and raises a number of questions that RIM needs to address. First, why did it take so long for RIM to replace a broken switch? If this was caused by a piece of equipment failure, it shouldn't have taken so long for RIM to replace it. Secondly, why didn't the backup switch work? Companies such as RIM, Google, Apple, Amazon, Microsoft, and Nokia with cloud-based services have servers around the world to replicate the data and to redirect the traffic when a primary server fails. These backup servers are usually located at different locations around the world to prevent the services going down in the event of a natural disaster. The backup switch didn't work, which leads us to the question that corporations, mobile operators, and users are now asking: how reliable is RIM's infrastructure, architecture, and service? Furthermore the switch failure happened in Slough. This NOC supports the service in EMEA and in some countries in Latin America, as Telefónica runs the BlackBerry service from the U.K. This being the case, why were North American users affected? It shouldn't have happened.

It will be hard to measure the damage caused to RIM and the BlackBerry brand as it is difficult to judge whether a possible decline in handset sales is linked to the event or not, but this is the worst time for an outage to happen. Over the last few months the company has been in the headlines for all the wrong reasons. Share prices are down 60% from a year ago, market share is declining in the face of fierce competition from Android and Apple, and Playbook sales were way under expectations — not to mention pressure from investors for a management change and even calls to sell the company.

In such a competitive smartphone environment, long service disruptions could impact RIM's image and BlackBerry sales. The same week of the outage, the iPhone 4S hit the stores and users coming to the end of their contracts will now have a reason to think beyond BlackBerry. The iPhone 4S will also feature iMessage, a competitor to the popular BlackBerry Messenger. There were also reports of consumers demanding compensation as they were paying for a service that was not working.

What is needed to restore market confidence is a clear explanation of what happened and some kind of reassurance that it won't happen again. We don't, however, expect a huge number of users to switch their BlackBerrys for other devices, as the BlackBerry still has a very strong value proposition and BBM is still the main communication tool for teenagers in countries such as the U.K. On the other hand, security continues to be a key issue for most users. For operators, BlackBerrys are the most profitable smartphones and continue to bring clients into their stores, attracted by RIM's messaging services and the physical keyboard. But competition is fierce and RIM cannot afford to fail on its core service proposition: reliability.