"PlayStation Vita is an incredible device that offers the best possible portable gaming experiences. Its revolutionary mix of features combined with social connectivity, delivers a platform for gamers to play games in a whole new way and to connect with their friends and the world around them" said Jim Ryan, President and CEO, SCEE. "We're very excited to launch a portable gaming device that goes beyond anything available on the market and is positioned to deliver the uncompromised gaming experiences consumers have been asking for."

In addition, with both 3G and Wi-Fi support, PS Vita will draw consumers deeper into the gameplay experience and enable them to connect and play with the world around them, including their friends and other PS Vita owners through native PS Vita applications - near, and Party. A variety of social networking and communications services such as Facebook, foursquare, Skype, and Twitter will also be available on PS Vita. 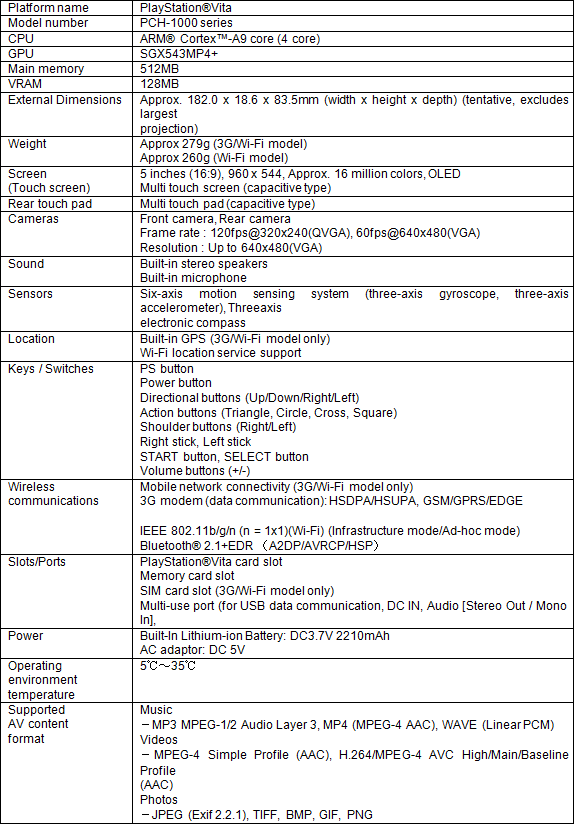