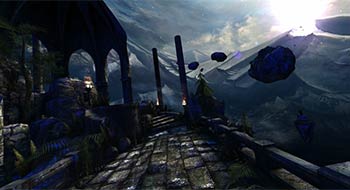 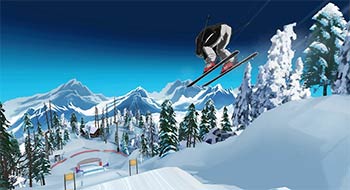 "We've worked hard over the years to create a technological canvas that allows developers of all sizes to realize their wildest creative visions," said David Helgason, CEO, Unity Technologies. "Now, thanks to our unique combination of developer trust, technological leadership, newly announced Unity Cloud services, and strong relationships with key distribution partners, Unity Games is in an awesome and unique position to make a hugely positive impact on the lives of game developers."

Initial publishing efforts will focus on "mobile first" games designed to take advantage of mobile engagement styles and hardware capabilities. The Unity Games portfolio will target a wide range of consumer audiences and will reflect the breadth of genres and art styles employed by the Unity developer community.

Unity Games will showcase the talent and creativity of studios with a developer-friendly approach to production, marketing, and technical support. In addition to technical and distribution support, Unity Games works closely with developers to provide complementary services such as monetization, testing, user acquisition and analytics. For more information on the publishing program, visit http://unitygames.com/developers.

The first title to be released under the Unity Games label, Roadhouse Interactive's Freeride Ski Cross, propels the action sports category to exciting new heights on mobile. Featuring accessible tap-and-hold gameplay, Ski Cross has gamers racing down the slopes in competitive events to climb the ranks and unlock gear. Players can connect with friends and challenge their best times to determine who is king of the mountain. Ski Cross will be available in the App Store and Google Play this autumn.

Archangel, an action-packed RPG from Black Tower Studios, stars a wing-clad warrior blessed with the power of magic. Players sling fireballs, freeze enemies in their tracks, summon explosive meteors, and even resurrect defeated enemies to serve as minions using intuitive touch controls. Accompanying the intense action is an unique rewards system that allows loot to be wagered on the player's next level, tempting greater treasure at risk of total loss. Archangel will be available in the App Store and Google Play this autumn.

Unity Games, recently rebranded from Union, was formed to help democratize distribution by enabling developers to tap into emerging platforms such as Roku, Tizen, and LG TV. Previous distribution partnerships with third parties will continue as Unity Games distribution programs evolve alongside the new publishing initiative. Freeride Ski Cross and Archangel are only the first of several titles set to release in the next year from partner studios such as Spark Plug Games, Electric Eggplant, Mimimi Productions, and N-Fusion Interactive. More information about these additional titles will be made available as they approach launch.