These sales figures represent new physical retail sales of hardware, software and accessories, which account for roughly 50 percent of the total consumer spend on games. When you consider our preliminary estimate for other physical format sales in March such as used and rentals at $135 million, and our estimate for digital format sales including full game and add-on content downloads including microtransactions, subscriptions, mobile apps and the consumer spend on social network games at $532 million, we would estimate the total consumer spend in March to be $1.66 billion. Our final assessment of the consumer spend in these areas outside of new physical retail sales will be reported in May in our Q1 Games Market Dynamics: U.S. report.

Retail video game sales across hardware, software, and accessories increased 3 percent in March 2014 over March 2013 due to strong growth of hardware sales (up 78 percent) and modest growth in the accessory category (up 4 percent).

As seen in the past few months, hardware sales for March 2014 saw strong growth over March 2013, up 78 percent. Sales increases were driven completely by consoles sales, which were up over 100 percent, due mainly to continued success from the PS4 and Xbox One.

PS4 and Xbox One continue to see success with cumulative sales of the two consoles through the first five month currently totaling more than double that of their predecessors, the PS3 and Xbox 360.

In March 2014, Sony's PS4 led hardware sales for the third month in a row. 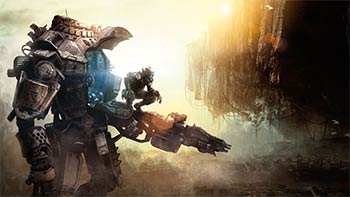 Year-over-year sales of every platform declined from March 2013, with the exception of the PS Vita which saw sales grow due to the release of PSV FINAL FANTASY X/X-2 HD REMASTER.

3DS YOSHI'S NEW ISLAND ranks as the tenth highest-selling SKU for March 2013, but did not rank in the top ten when looking at title-level sales.

The top-selling PC game on both a dollar and unit basis was the expansion Diablo III: Reaper of Souls.

In March 2014, video game accessory spending rose by 4 percent versus March 2013, which was mainly due to increases in Gamepads and Headsets/Headphones.

Gamepad sales increased due to the launch of the new consoles, with the top two items being controllers for the PS4 and Xbox One.

The increase in Headset/Headphone sales was due in large part to items from Turtle Beach, which released new headphones for the Xbox One and PS4 (with one supporting the release of Titanfall). These items helped Turtle Beach sales grow over 50 percent from last year, and increase share within the Headset/Headphone accessory type.

* NPD's monthly point-of-sale data reports on U.S. Games Industry sales occurring from new physical purchases at retail which is the largest channel for games sales, but does not represent 100% of industry sales; it does not account for consumer purchases made via digital distribution, used game sales, subscriptions, mobiles, rentals, or social network games. NPD's Games Market Dynamics: U.S. is issued quarterly and is NPD's official estimate of the consumer spend on the industry and It does include estimates of the size of those other monetization methods.