These sales figures represent new physical retail sales of hardware, software and accessories, which account for roughly 50 percent of the total consumer spend on games. When you consider our preliminary estimate for other physical format sales in April such as used and rentals at $100 million, and our estimate for digital format sales including full game and add-on content downloads including microtransactions, subscriptions, mobile apps and the consumer spend on social network games at $507 million, we would estimate the total consumer spend in April to be $1.14 billion. Our final assessment of the consumer spend in these areas outside of new physical retail sales will be reported in May in our Q2 Games Market Dynamics: U.S. report.

Sony's PlayStation 4 was the number one platform for hardware sales in April 2014 for the fourth month in a row, followed by Xbox One.

Hardware experienced a solid 76 percent growth over April 2013 driven by Console Hardware sales which increased by 120 percent in April 2014 over last year.

Life to date, sales of PS4 and Xbox One hardware have more than doubled the combined sales of PS3 and 360 hardware through their first six months of sales. 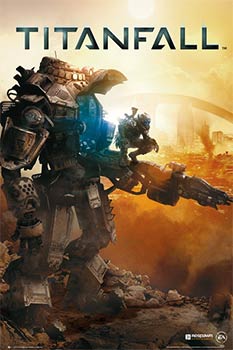 New physical software is in a transition period as software for new consoles are doing well, but collectively not offsetting declines, leading to a 10 percent decline in software sales.

PS4 software combined with Xbox One software sales are up over 40 percent compared to sales of the PS3 and Xbox 360 through their first six months. Wii U software sales were up over last year by over 80 percent.

There were five SKU's in the top 10 not represented in the top 10 when ranked on a title basis (combination of SKUs across platforms), which were: 3DS Yoshi'S New Island; PS4 Infamous: Second Son; PS3 Mlb 14: The Show; XBO Kinect Sports Rivals; 360 Plants Vs. Zombies: Garden Warfare.

Titles in the top 10 are a great example of the diversity of software titles appealing to multiple consumer segments - core games like Titanfall, and Call of Duty: Ghosts, as well as the three LEGO titles, and Minecraft, which usually appeal to younger gamers.

New launches were a major reason for the 10 percent decline in software sales, which were collectively down 20 percent in units and 25 percent in dollars. Games that launched this April had unfavorable comparisons to April 2013 launches like Injustice: Gods Among Us, and Dead Island: Riptide. Catalog sales (games launching outside of the respective April 2013 and April 2014 months), were flat in units and down 5 percent for dollars.

Accessory sales increased by 21 percent in April 2014 over April 2013, making it the largest increase seen so far in 2014. The majority of the year-over-year increase in the volume of sales was driven by Interactive Gaming Toys, Video Game Point and Subscription Cards, and Gamepads.

* NPD's monthly point-of-sale data reports on U.S. Games Industry sales occurring from new physical purchases at retail which is the largest channel for games sales, but does not represent 100% of industry sales; it does not account for consumer purchases made via digital distribution, used game sales, subscriptions, mobiles, rentals, or social network games. NPD's Games Market Dynamics: U.S. is issued quarterly and is NPD's official estimate of the consumer spend on the industry and It does include estimates of the size of those other monetization methods.