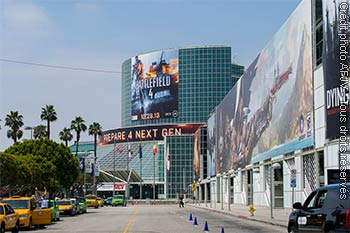 The dramatic increase in hardware sales can be attributed to the new Xbox One and PlayStation 4 and these strong year-over-year trends are likely to continue through most of 2014, according to Liam Callahan, Industry Analyst.

Overall content was down 8 percent due to a decline in new physical format spending of 27 percent or $372 million. In contrast to the physical declines, digital format spending collectively increased by 4 percent, driven by full game downloads and DLC for consoles and portables.

"For the first quarter of 2014, content spending increased for used games, digital full games, DLC, and mobile with a modest increase in subscription revenue." Callahan said, adding, "This is another example of the interplay of physical media as well as digital downloads as consumers transition further into this console generation."

Gaming accessories sales fell 11 percent during the first quarter to $446 million, year over year, with gamepads and interactive gaming toys being the two bright spots for the category.

Games Market Dynamics: U.S. provides a comprehensive measure of the consumer spend on video games in the U.S. including purchases of video games hardware, software and accessories as well as on PC games. It is released on a quarterly basis and provides insight and trending into the broader consumer spend on the industry including physical format sales such as new and used physical retail sales as well as game rentals, and digital format sales including full game digital downloads and downloadable content (DLC), spending on subscriptions, mobile gaming, and social network games.