These sales figures represent new physical retail sales of hardware, software and accessories, which account for roughly 50 percent of the total consumer spend on games. When you consider our preliminary estimate for other physical format sales in May such as used and rentals at $124 million, and our estimate for digital format sales including full game and add-on content downloads including microtransactions, subscriptions, mobile apps and the consumer spend on social network games at $787 million, we would estimate the total consumer spend in May to be $1.46 billion. Our final assessment of the consumer spend in these areas outside of new physical retail sales will be reported in August in our Q2 Games Market Dynamics: U.S. report.

As seen in prior months, the lift in hardware sales was driven by console hardware, which increased 137 percent in May 2014 (vs. May 2013). While much of May 2014's hardware growth was due to Xbox One and PS4, there was also year-over-year growth for the Wii U, and PS Vita.

Two examples of hardware bundles that helped to drive hardware sales in May 2014 include Mario Kart 8 bundle for the Wii U, and the Borderlands 2 bundle for the PS Vita. 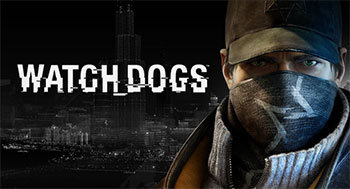 After 6 months of declines, software rebounded in May 2014 driven by new launches such as Watch_Dogs, Mario Kart 8, Wolfenstein: The New Order, The Amazing Spider-Man 2, and Kirby: Triple Deluxe.

Accessory sales increased by 8 percent due to the continued success of Video Game Point and Subscription Cards, Interactive Gaming Toys, and Gamepads. These three accessory types combined to grow 15% year-over-year from May 2013.

May 2014 marked the highest selling May data month for Video Game Point and Subscription Cards on record.