Increase in usage of phones for gaming causes shift in U.S. gamer segmentation 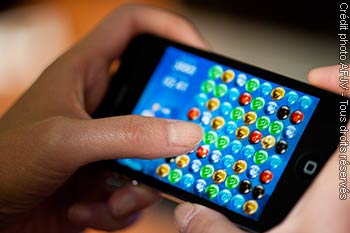 Thanks in large part to an increase in usage of phones for gaming, Avid Omni Gamers, defined as those who play on multiple systems, was the only gamer segment to experience growth in the U.S. in 2014, according to Gamer Segmentation 2014, the latest report from global information provider, The NPD Group.

Seventy-one percent of gamers in the U.S. report using phones to play video games, an increase or four percentage points from 2013, making it the only type of gaming device to exhibit year-over-year growth in usage.

Avid Omni gamers and Free & Mobile gamers reported phones as their top system/device for gaming in 2014, but they were the only ones to do so. The PC continues to lead among Casual Gamers and Social Gamers, while among Core Console Gamers and Family Gamers, it's the console.

Gamers in total spent an average of $48 in the past three months on physical games compared to approximately $16 on digital games in 2014, up from an average of $45 and $11, respectively, in 2013. Core Console Gamers, and Family Gamers report purchasing physical games to a greater degree than digital games. While monetary spending has increased from last year, so has gamer investment of time. Gamers are spending more time each week playing games, driven by four out of the six segments (Core Console Gamers, Avid Omni Gamers, Casual Gamers, and Family Gamers, respectively).

"Across both digital and physical formats, spending has increased from last year for consoles, portables, and digital gaming apps, which is great news when also combined with the fact that gamers are spending more time playing games," said Liam Callahan, industry analyst, The NPD Group. "Being able to understand the segments that are driving the changes in behavior towards purchasing and time spent gaming is fundamentally important to navigate this complex time in the gaming industry."

An online survey was fielded in April 2014 to members of NPD's online panel. The survey was completed by 6,606 individuals ages 2 and older. For respondents under age 18, a parental surrogate was asked to have the child complete the survey with the parent's assistance if necessary. For very young children, the parent answered on behalf of the child. The results were weighed to be representative of the U.S. population age 2 and older.