In August 2014, overall hardware sales doubled from August 2013 caused by an over 200 percent increase in console hardware sales with continued strong sales of eighth generation hardware (which includes Wii U, PS4, and Xbox One).

Eighth generation hardware represented close to 70 percent of August 2014 hardware sales, which is the highest percentage share since the release of the Xbox One and PS4 back in November 2013. 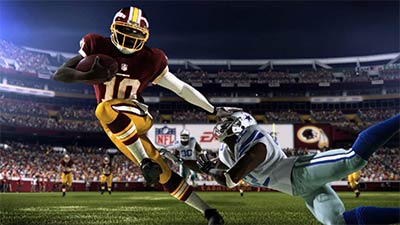 Madden NFL 15 was the number one game this month with consumers adopting eighth generation software over seventh generation, leading to growth over last August's Madden NFL 25 - a trend which will hopefully become widespread and lead to software growth as we move towards the holidays.