Eighth generation console hardware represented over 85 percent of overall hardware sales in September, which is the highest percentage seen in a single month since the PS4 and Xbox One launched in November 2013. 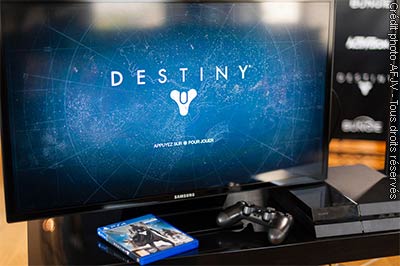 It is important to note that September 2013 was the best performing September on record for new physical video game software sales, driven by the launch of Grand Theft Auto V, therefore making for difficult comparisons for this September to last.

The launch of Activision-published and Bungie-developed Destiny in September 2014 proved successful in a number of ways: year-to-date through September data it is the top-selling video game on a unit basis, making it the most successful launch of the year so far as well. But an even more prestigious feat was the fact that Destiny had the best launch month of all-time for any new IP in video game software.

NWU Hyrule Warriors would make the top ten software list when ranked on an SKU basis, and ranked number 11 when ranking by top titles.

Video Game Accessory growth rate of 33 percent in September 2014 was the largest year-over-year growth so far in 2014, and was driven by strong double-digit increases across four accessory types: Point & Subscription Cards, Gamepads, Headsets/Headphones, and Power Supplies.