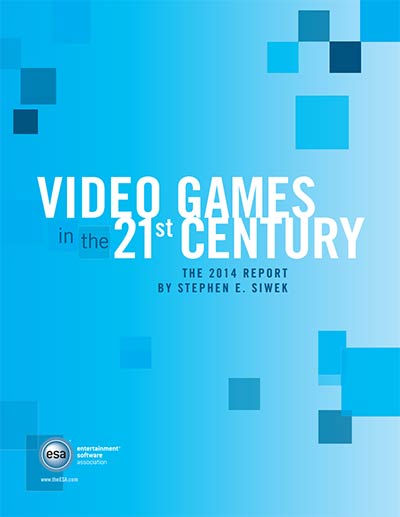 The U.S. computer and video game industry grew more than 9 percent in real compound annual growth from 2009 to 2012, according to a new study released today by the Entertainment Software Association (ESA). The rate was four times the growth of the American economy during the same time.

The study, Video Games in the 21st Century: The 2014 Report, also found that the annual job growth for the video game industry increased more than 13 times the rate of the U.S. labor market (9 percent vs. 0.72 percent, respectively) during the same period. It shows that approximately 146,000 individuals are directly and indirectly employed by the entertainment software industry.

The study also revealed that the U.S. video game industry added more than $6.2 billion to the American economy in 2012.

"The high-energy, high-tech video game industry is rapidly producing some of the most valuable jobs in the U.S. economy," said Michael D. Gallagher, president and CEO of ESA, the trade association that represents U.S. computer and video game publishers. "Our industry is one of the nation's fastest growing economic sectors and represents tens-of-thousands of high-paying, well-educated professionals, artists and creators."

Economists Incorporated conducted the 2014 report for ESA; it completed two similar studies in 2009 and 2005. Other 2014 findings include: 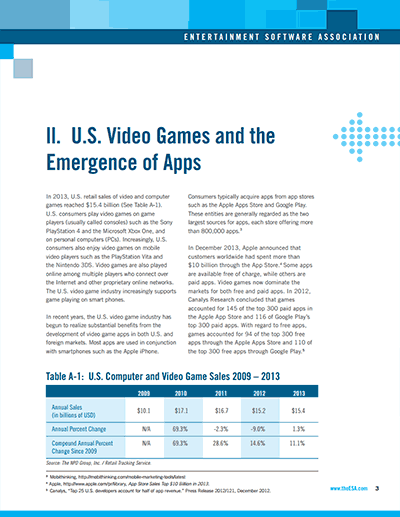 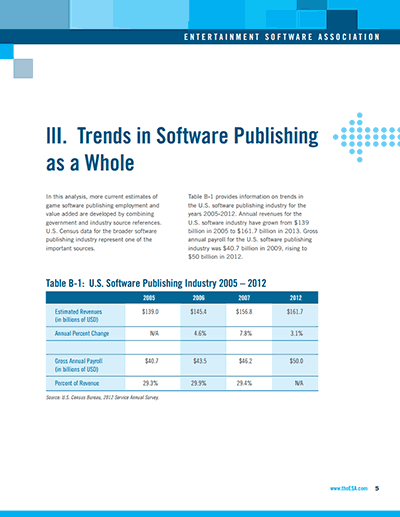