All three categories of hardware, new physical software, and accessories experienced sales increases in February 2015 with combined sales of $956 million, up 8 percent over last February.

Increased portable hardware sales of 153 percent versus February 2014 helped to propel the entire hardware category to a growth of 10 percent over February 2014.

The first 15 months the PS4 and the XBO combined unit sales have outsold the PS3 and the Xbox 360 combined 15 month totals by close to 60 percent. 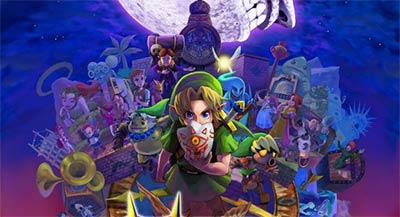 New Physical Video Game Software sales rose by 7 percent due to the 84 percent growth in eighth generation software, which offset declines in seventh generation software; portables sales were boosted 30 percent by the launch of The Legend of Zelda: Majora's Mask 3D, and Monster Hunter 4 Ultimate.

February 2015 sales of The Legend of Zelda: Majora's Mask 3D marked a milestone for Zelda games: Majora's Mask was the best-selling portable Zelda game on a per-day basis within the data month for any portable platform in history.

New launches also helped boost February software sales with a 20 percent growth in dollar sales of February 2015 launches over February 2014, with five of the top ten games being new launches.

* NPD's monthly point-of-sale data reports on U.S. Games Industry sales occurring from new physical purchases at retail which is the largest channel for

games sales, but does not represent 100% of industry sales; it does not account for consumer purchases made via digital distribution, used game sales,

of the consumer spend on the industry and It does include estimates of the size of those other monetization methods.