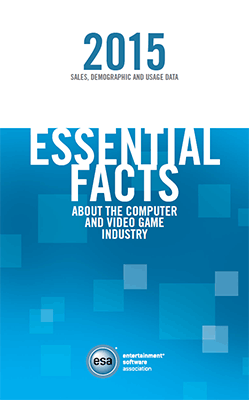 Other key findings highlight the social nature of game play. According to the report, 56 percent of the most frequent gamers play with others and 54 percent play in multiplayer mode at least weekly. More than half of the most frequent game players say that video games help them connect with friends and about half of them say that video games enable them spend time with family.

"Video games provide a social setting where family and friends come together to connect, learn and have fun," said Michael D. Gallagher, president and CEO of ESA, the trade association that represents the U.S. video game industry. "The sheer number of people who regularly enjoy entertainment software and share those experiences with others underscores how video games have become ingrained in our culture."

The report also found that about 60 percent of parents whose children are gamers play computer and video games with them at least weekly. More than three-quarters of parents say they play with their children because it is fun for the entire family and an opportunity to socialize. Additionally, 88 percent of parents whose children play games believe the Entertainment Software Rating Board (ESRB) video game ratings are either very or somewhat helpful in choosing games for their children.

"The ESRB is the gold standard for systems that for provide parents with guidance that allows them to make informed decisions," Gallagher said.

The 2015 Essential Facts provides statistics on gamer demographics, the types of games played and the kinds of game platforms used, the top-selling video games and other industry sales information.

Essential Facts About the Computer and Video Game Industry is the most in-depth and targeted annual survey of its kind. It is conducted for ESA by Ipsos MediaCT, which surveyed more than 4,000 American households. 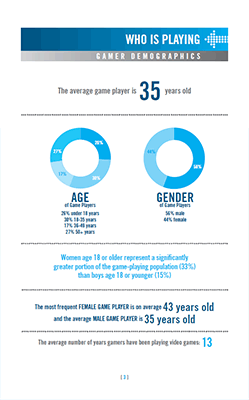 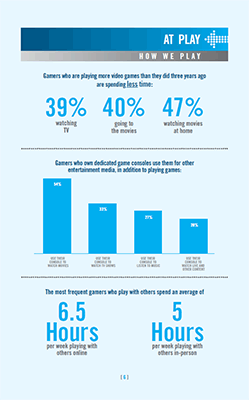 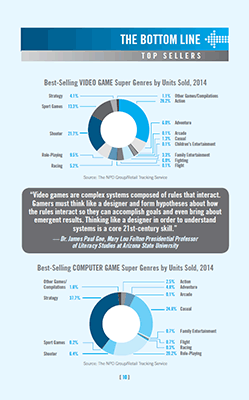