The decline in May 2015 is attributed to poor comparisons to a strong release slate in May 2014, specifically the launches of Mario Kart 8 and Watch Dogs. Collectively, May 2015 launches sold 55 percent less dollars than May 2014 launches, however, catalog games outside of the launch month sold 3 percent more dollar volume compared to catalog games in May 2014. 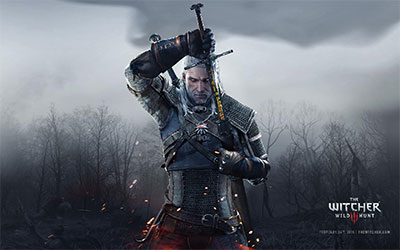 The Witcher 3: Wild Hunt was the number one game this month and also had the best-selling first month unit sales within the role-playing super genre for eighth generation consoles.

With a consistent stream of launches through the first five month of 2015, Warner Bros. Interactive is the top software publisher year to date through May 2015, with over 140 percent increase in dollar sales versus last year. Warner is poised for further growth with the launch of highly-anticipated Batman: Arkham Knight, in June.

If the top 10 software list for May 2015 was ranked on a SKU basis rather than a title basis, PS4 Final Fantasy X/X-2 HD Remaster would make the list.

May 2015 marked the best May ever for Video game points and subscription cards for both dollars and unit sales.

*NPD's monthly point-of-sale data reports on U.S. Games Industry sales occurring from new physical purchases at retail which is the largest channel for

games sales, but does not represent 100% of industry sales; it does not account for consumer purchases made via digital distribution, used game sales,

of the consumer spend on the industry and It does include estimates of the size of those other monetization methods.