With sales increases across hardware, new physical software, and accessories for June 2015 compared to June 2014, overall sales rose by 18 percent. 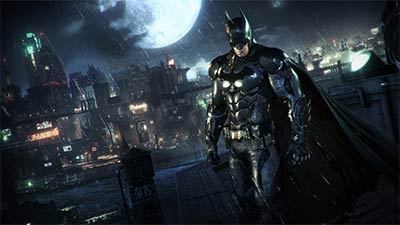 Due to the strong launch lineup and favorable comps to last year, new physical software rose 19 percent over June 2014. This is the fourth month of year-over-year increases so far in 2015; through the first half of the year, software is up 3 percent. With a strong lineup of games for the remainder of the year, there is the potential for a positive growth in the second half of the year as well.

A major factor for the rise in overall software sales was the success of June launches, which collectively rose close to 300 percent in dollar sales compared to June 2014 launches. This more than made up for the fact that there was a slide in the performance of May launches in June compared to last year, which is somewhat expected given the comparison to hits like Mario Kart and Watch Dogs from May 2014.

PS4 Batman: Arkham Knight had the highest sales for a single SKU across any Batman game since NPD has been tracking the industry.

With hits like Batman: Arkham Knight, The Witcher 3, Mortal Kombat X, and Dying Light, Warner Bros. Interactive is the top Corporate Publisher so far in 2015, with dollar sales growing 217 percent versus the first half of 2014.

June 2015 marked the best June ever for Video game points and subscription cards for both dollars and unit sales.