Half A Million Units Sold In Week 50 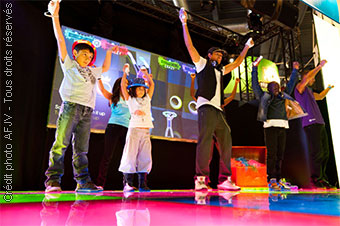 Today Ubisoft announced that its game Just Dance 3 Wii has sold half a million units and is the number 1 sold game in Europe during week 50 (December 11 to December 18, 2011) only. Available on Kinect for the Xbox 360 video game and entertainment system from Microsoft and the Wii system from Nintendo since October 11, 2011 and on the PlayStationMove for PlayStation3 computer entertainment system since December 8, 2011, Just Dance 3 on Wii is the number 1 sold game on consoles across almost all major European markets, including Benelux, Denmark, France, Germany, Italy, Spain, Sweden and United Kingdom*.

"Just Dance 3 already demonstrates that it will be the must-have gift for friends and families looking for great fun this Holiday season", said Geoffroy Sardin, EMEA VP Sales and Marketing at Ubisoft. "Much more than a video game, the Just Dance franchise is now a cultural phenomenon in all European territories."