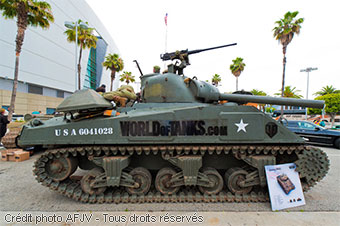 "We want to thank our game community for their support," said Victor Kislyi, CEO of Wargaming.net. "Having so many devoted players is extremely rewarding, and our company will provide them with tons of new game content to enjoy."

Since the release in Russia on August 12, 2010, World of Tanks has successfully entered the European, North American, and Asian markets. The title also holds the Guinness World Record for Most Players Online Simultaneously on One MMO Server.

Wargaming.net is an award-winning online game developer and publisher incorporated in the UK. Its 270-strong development team is located in Minsk, Belarus. Since 1998, the company has shipped 13 titles, including the acclaimed Massive Assault series, Order of War RTS published by Square Enix, and three add-ons for Blitzkrieg II. At the Russian Game Developers Conference (KRI) in 2009 and 2010, Wargaming.net was named The Best Developer Company from the former USSR. At KRI 2011 the company was awarded Industry Prize and World of Tanks won the Best Game Award. The company's headliner project, World of Tanks, gained the Guinness World Record for the Most Players on One Server Simultaneously. Currently, Wargaming.net is developing the next action MMO's, World of Warplanes and World of Battleships.