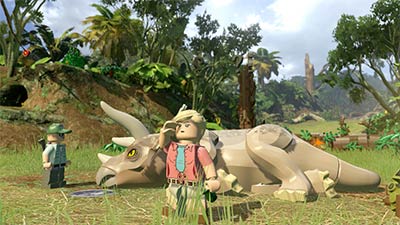 In July'15, LEGO: Jurassic World was the highest-selling game on a unit sales basis. However, if sales were included from hardware bundles, Batman: Arkham Knight would be the highest-selling game. Both games are published from Warner Bros. Interactive, which, driven by these games' success, is the top publisher year-to-date with an increase of over 200 percent in dollar sales.

Sales of new launches were down 3 percent in July'15, but May and June launches are comparing favorably to the performance of launches of last year, up a combined 20 percent. Though May/June launches are performing well this month, this was not enough to offset decreased sales from July releases and older games released outside of the May through July timeframe, which were down 6 percent.

The top new game for July'15 was Rory McIlroy PGA Tour. Sales within the first data month for this new title exceeded the prior iteration, Tiger Woods PGA Tour 14, by close to 70 percent.

On a unit basis, 360 was the second-highest selling platform for new physical software sales after the PS4. Besides that, this was a light month for launches that typically favor eighth generation platforms; one reason for the stronger 360 sales may have been the news of backward compatibility for the Xbox One coming out of E3. Consumers may have felt safer buying 360 games knowing that they will be able to play them on Xbox One if they choose to upgrade.

Hardware sales rose a modest 2 percent over July 2014 as positive sales of eighth generation hardware and portables (up 9 percent and 6 percent, respectively) were depressed by the 56 percent decline in sales of seventh generation consoles.

After 21 months, combined Xbox One and PS4 hardware unit sales are close to 50 percent higher than the combined sales of Xbox 360 and PS3 after 21 months on the market.

Video game accessory sales had double-digit growth of 17 percent in July'15 compared to July'14. The top 5 accessory types reported year-over-year growth, with interactive gaming toys gaining the most at 42 percent.