Developers Can Now Enter the Unity "Flash in a Flash" Creation Contest with a $20,000 USD Grand Prize

Unity Technologies, provider of the Unity development platform for game, app, simulation and interactive 3D for the web, iOS, Android, consoles and beyond, is happy to announce the release of the Unity 3.5 open beta including a developer preview for the highly anticipated Adobe Flash Player deployment add-on. To celebrate the sneak peek of this add-on, Unity Technologies will be hosting a Flash platform game development contest where contestants can enter their Unity-based Flash titles for the chance to win the $20,000 USD Grand Prize.

The Flash deployment add-on, one of the most eagerly awaited features within the Unity development community, empowers developers to push their interactive 3D content to the web through Adobe Flash Player. Unity Technologies constantly seeks to provide the best avenues of deployment for developers using Unity and this release gives those developers an exciting peek at months of hard engineering work to make Unity compatible with Adobe Stage3D web technology. 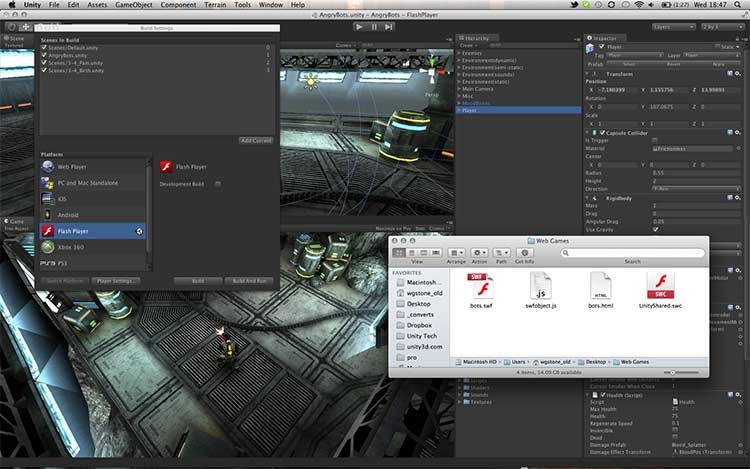 "Our vision has always been to let developers take their games to as many places as possible - and Flash deployment greatly furthers that," said Nicholas Francis, Chief Creative Officer at Unity Technologies. "While we normally wait to ship our software until it's rock solid, the Flash publishing option is just so awesome that we had to do a developer preview. I can't wait to see where our new and existing users will now take Unity."

Unity Technologies is also thrilled to introduce the first Unity "Flash in a Flash" Creation Contest, which will start when the open beta begins on December 22, 2011 at 16:00 GMT. The fast-paced competition challenges developers to create and submit a Unity authored Flash platform game between December 22, 2011 and January 5, 2012. The best entry will be awarded the Grand Prize of $20,000 USD with more prizes going to the runners-up. Find all the contest rules and details at: http://unity3d.com/preview/contest