Overall, across new physical software, hardware, and accessories, sales declined 2 percent compared to August 2014. The increase in accessory sales of 12 percent was not enough to offset the 10 percent drop in software sales and the 2 percent drop in hardware sales for the month. 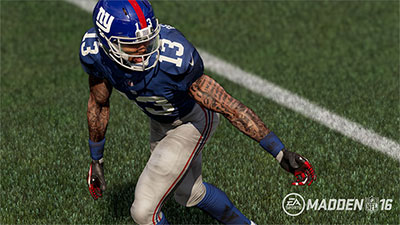 Madden NFL 16 was the top game this month and maintains its status as a key video game franchise, ranking as the third best selling franchise to date (since 1995, when NPD began tracking VG sales).

Hardware sales declined 2 percent in August 2015 compared to August 2014. There was modest dollar growth of 3 percent for eighth generation consoles that was offset by a sharp 61 percent decline in seventh generation sales. Portables grew 4 percent over last year.

Bundles are increasingly becoming the standard way to purchase console hardware as 93 percent of unit sales in August 2015 came from bundles, which compares to 41 percent in August 2014.

Accessories were up 12 percent in dollars, which was driven by video game point and subscription cards, gamepads, headsets/headphones, and interactive gaming toys. These were the top four accessory types, with all experiencing dollar growth versus August 2014.

Perhaps due to retailers clearing out inventory to make room for the launch of LEGO Dimensions, Skylanders: Superchargers, and Disney Infinity 3.0, as well as new amiibo in support of Super Mario Maker, there was a drop in average price for interactive gaming toy accessories, which led to a 30 percent increase in unit sales versus last August.