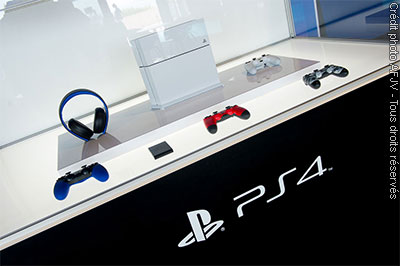 PlayStation4 now available at an attractive new price of €349.99

Jim Ryan, SCEE president and CEO commented: "We are delighted to deliver the PS4 system at its best-ever value just in time for the holiday season, making it more accessible to a broader audience in Europe." He went on to say, "With this year's biggest blockbusters and next year's best exclusives such as UNCHARTED 4: A Thief's End set to thrill players, there has never been a better time to join the PS4 community. Also, watch out for an amazing range of Ultimate Player Edition Bundles including the 1TB PS4 and some of the biggest games of the year, offering even greater value."

In addition to the new attractive price point, SCE will accelerate the expansion of the PS4 system to new audiences by further enhancing the PS4 ecosystem, which includes strengthening the PS4 software line-up, bolstering the network services available on PlayStationNetwork and introducing PlayStationVR, the virtual reality system that expands the world of PS4. The recent PS4 system software update 3.00 includes a range of new features, from entirely new functions such as a new Events App and YouTube Live streaming direct from the PS4 system, as well as visual enhancements to the user interface.

There is no better time to join PlayStation as SCE continues to expand the world of PS4 through attractive software titles and network services to deliver entertainment experiences that are only possible on PlayStation.