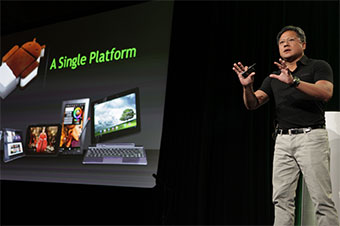 To Brits, it's horses for courses. For Yanks, it's different strokes for different folks. If you're French, it's à chacun son gout.

For Jen-Hsun Huang, it's a tablet for every purpose.

Speaking to a crowd of more than 500 jammed into NVIDIA's press conference on CES eve, the NVIDIA CEO compared tablets to the car industry (which idles away in a special place in his heart).

Toyota Corolla's the best-selling car of all time, he observed. But that doesn't mean everyone, or even most, want one. Compacts, convertibles, coupes and crossovers hold an honored place in millions of garages.

Similarly, a variety of needs are increasingly served by Android tablets in a multitude of shapes and sizes.

Already, Android powers three-inch phones through to 10-inch tablets, with at least seven sizes in between. It reads the swipe of a finger, the tap of an artist's pen, the thrum of a keyboard, the flick of a game controller. It supports 3D viewing, plus plain old 2D.And that's after only four short years on the market.

More variety will be fueled by Google's new Ice Cream Sandwich operating system. By providing a unified platform that serves both smart phones and tablets, the new OS provides a single, massive installed base for developers to target.

"Ice Cream Sandwich unites, unifies and turns all the Android devices into a single platform, with one enormous installed base," he said.

It's no exaggeration to think of 2012 as the Year of Ice Cream Sandwich. Already, 700,000 Android activations occur daily, with 3.7 million on Christmas weekend alone. 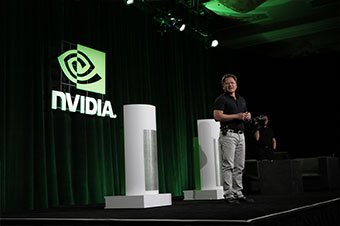 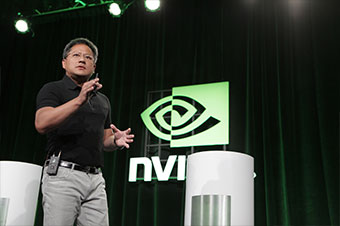 Skeptics aver that Android apps lag behind those for iOS. But Jen-Hsun noted that the gap's closing fast. In fact, Android apps hit 400,000 in November, iOS's level in mid-2011.

Jen-Hsun also called on stage gaming-legend Jonathan "Fatal1ty" Wendel, who showed off the new Splashtop app, which allows you to use a Tegra 3 tablet to play sophisticated games like Skyrim and Battlefield 3 by connecting remotely to a GeForce GTX-based gaming PC, even with a gaming controller. This marks the first time remote PC gaming is available on a portable device.

He made the point that while gaming is among the most popular apps on mobile devices, tablets are about more than gaming apps. They're a new way to game - a trend not lost on GameStop, which has 200 stores selling Tegra tablets.

Dressed in a trademark short-sleeve black shirt, Jen-Hsun noted that tablets have already been morphing to meet different, specialized, needs.

Sony's unique Tablet P, featuring a folding design with dual 5.5-inch screens, has found a core following in Japan. Designers like pen-input tablets, such as the Lenovo IdeaPad. And in China, seven-inch tablets are the rage.

That's likely to be a key market for a new Tegra 3-based seven-incher announced at the press conference by Asus CEO Jerry Shen, who also came to the stage. He said the Ice Cream Sandwich tablet, the Asus ME370T, will sell for $249, which evoked a burst of applause from the crowd.

Huang emphasized the innovation NVIDIA's brought to Tegra 3, noting that the quadcore processor, which has 5x the power of its predecessor. He cited three technologies it utilizes that help tablets get up to 12 hours of battery life.

Windows 8, he noted, will be heavily multi-threaded, which Tegra 3 will take full advantage of for a fast, fluid experience. He confirmed that our companies are working together on a developer-seeding program to enable ISVs to quickly begin development on NVIDIA hardware once the next preview of Windows 8 is released in late February.

Jen-Hsun wrapped up by talking about how cars - which he called "the latest consumer device" - are increasingly featuring fabulous capabilities enabled by NVIDIA processors. Among the cars he cited as benefiting from the company's partnerships are the Tesla S, Audi A7 and the Lamborghini Aventador.