For December 2015, there was a 1.5 percent decrease on sales across physical software, hardware, and accessories as trends mirrored the year with single-digit declines in hardware and software, which were offset by a 10 percent growth in accessories.

Annually, hardware sales decreased 4 percent with console and portable sales both decreasing by 4 percent. Within consoles, eighth generation console hardware grew by 2 percent over 2014 while there was a sharp 60 percent drop in 7th generation sales, which led to a net decline of $198MM.

As an indication of the strength of the new consoles, December 2015 marked the best month to date of PS4 unit sales as well as the Xbox One. With growth over 2014 for both these consoles, 2015 was the best year for PS4 and Xbox One hardware unit sales.

December 2015 was also the best month ever for total hardware unit sales for 8th generation consoles (Xbox One, PS4, and Wii U), beating the record set last month. 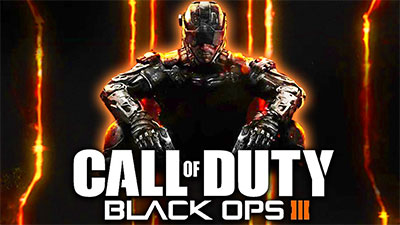 New launches trended well for Dec, up 111 percent due to the launches of Tom Clancy's Rainbow Six: Siege, and Just Cause. However, November launch performance in December trended poorly, down 25 percent from last year.

Likely due to the release of the highly-anticipated Star Wars: Force Awakens, there was positive growth of Star Wars: Battlefront in its second month of sales, leading it to rank second for December 2015 sales.

When looking at two months of sales performance of video game new physical software, Fallout 4 was the second highest Bethesda release ever after The Elder Scrolls V: Skyrim, which released much later in the seventh generation to a larger install base. To date, Fallout 4 is the highest-selling role playing game for the PS4 and Xbox One.

Accessory growth of 12 percent in 2015 was driven by Interactive Gaming Toys, Point Cards, Gamepads and Headsets/Headphones, which collectively increased sales by $351MM over 2014.

Interactive Gaming Toys were the leading accessory in 2015 with a sales growth of 13 percent over 2014.

For Gamepads, spending on eighth generation gamepads increased 44 percent over 2014, making up 76 percent of the market.

For headsets spending, growth was also driven by eighth generation consoles, which increased by 77 percent from 2014. Turtle Beach was the leading manufacturer of headsets for 2015.