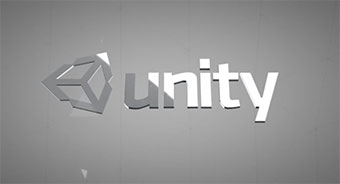 Unity Technologies, provider of the Unity multi-platform engine and development tools, is proud to announce that Unity 3.5 is now available for download. This latest update is one of the biggest additions to Unity since its inception and includes major new features and a multitude of improvements, tweaks, and optimizations. Unity 3.5 is a free update for all developers using version 3.0 or higher of the Unity development platform.

"This is one of the most spectacular additions we've ever made to Unity," said David Helgason, CEO, Unity Technologies. "Recognizing that Unity was being pushed harder and harder, we launched our initiative to upgrade Unity with high-end capabilities that larger studios are accustomed to and smaller studios usually don't have access to. We want to make Unity the best choice for everyone and Unity 3.5 is a massive demonstration of our commitment to that goal."

The Unity development platform, one of the most popular in the world with more than 800,000 registered developers globally, combines a powerful engine with an intuitive set of development tools in one complete package.

"We are incredibly proud of this release and I think it's our strongest yet," said Nicholas Francis, Chief Creative Officer, Unity Technologies. "A year ago, we took a deep dive and began working on developing features for more complex projects and larger teams. It took hard work to do this while preserving the intuitive and usable design that makes Unity so popular, but we are sure that developers using Unity will be as happy with the improvements as we are."

Throughout its history, Unity Technologies has continued to rapidly enhance Unity and the 3.5 update provides a long list of additions and improvements:

New in Unity 3.5, the highly optimized Shuriken particle system provides artists and programmers with complete control over particle-based visual effects. Shuriken is a curve and gradient-based modular editor, with hierarchies and sequencing capabilities that allow for many particle systems to stay synchronized.

Improvements to AI provide accurate pathfinding along complex pathways and natural movement through crowds. Game developers can bake navigation data in the editor and let Unity's high-performance path-finding and crowd simulation take over at runtime.

Also new to Unity 3.5, light probes add life and realism to lightmapped scenes without the high cost of typical dynamic lights. The addition of light probes to Unity's lighting system allows for baked lighting on characters and other dynamic objects.

Unity 3.5 supports Native Client as a new deployment platform. Native Client allows for near native speeds within the Chrome browser, without the need for installing the Unity Web Player. Unity 3.5 also ships with the preview release of the Flash deployment add-on, which has already been used by 50,000 developers.

Unity 3.5 includes a completely re-written integration of Umbra's occlusion culling system. The result is incredibly fast and works with terrains and dynamic obstacles such as doors. When combined with Unity's new built-in level-of-detail support, it gives large-scale games the performance boost that they need.

The Asset Server license, Unity's add-on for teams and collaboration, has been enhanced with new features that add greater performance and flexibility. The addition of Unity's cache server dramatically speeds up collaboration on projects of all sizes, and a new developer API for third-party version control solutions, such as Subversion and Perforce, allows larger teams to work more efficiently. To reflect these changes, the product has been renamed the "Team License," and made available as an add-on for all Unity users.

The update includes other improvements such as a new GPU profiler, a fully pluggable Social API to implement social gaming, and low-level audio buffer access to create music games, and directional lightmaps support to name but a few. For a complete list of additions and improvements, please visit http://unity3d.com/unity/whats-new.

This is a free update for all Unity 3 users. Pricing otherwise remains the same. The entry-level product, Unity, is free for commercial use. The premier product, Unity Pro, remains $1500 per developer seat. For a complete list of products and pricing, please visit http://unity3d.com/shop.

To download the free and feature-packed Unity for creating games and other interactive applications, visit http://unity3d.com/download.