Developed in conjunction with The NPD Group's Games Advisory Board, whose inaugural meeting was held in San Diego on May 26 -27, 2011, with a wide array of representatives of 13 companies from the video game industry, NPD's Video Game Industry Taxonomy provides a standard terminology to reference specific devices and content that gives those in the video game industry a common language and framework for discussing and tracking the total gaming market and to promote a better understanding of channels, genres, distribution methods, and monetization models. 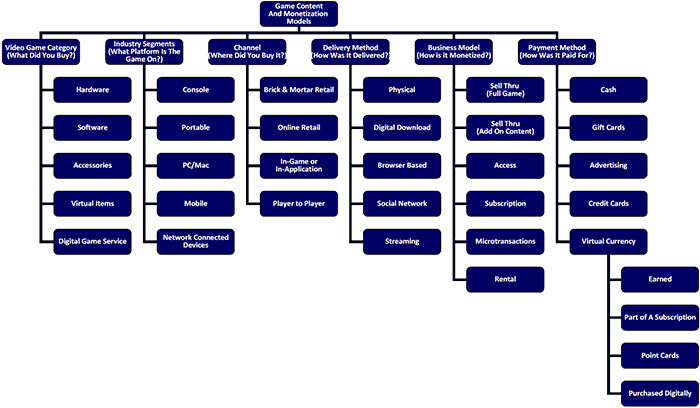 "Establishing unified definitions will benefit industry stakeholders since a common framework helps to facilitate clear conversations among retailers, publishers, developers, the financial community and the media as digital distribution has increased the complexity of industry business models," said David McQuillan, President, Games at The NPD Group. "Feedback on the Taxonomy is welcome and encouraged in order to make sure that it is as current as possible and addresses the entire video games industry as accurately as possible."