Total video game spending, which includes hardware, software and accessories, grew 10 percent versus year ago to $636 million, the first time the industry has experienced two months of consecutive growth since November 2015. The Nintendo Switch led hardware sales, while Mario Kart 8 Deluxe, Persona 5, and The Legend of Zelda : Breath of the Wild, drove software sales.

Hardware spending jumped 37 percent compared to April 2016, to $195 million. The Nintendo Switch was the catalyst for this growth with sales exceeding 280,000 units.

Nintendo owned the top 2 platforms in unit sales for the month, with the Nintendo Switch at #1, followed by NES Classic. 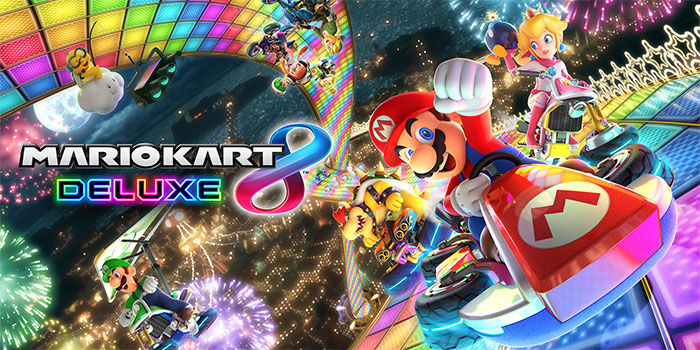 Video game software dollar sales grew 6 percent versus year ago to $304 million, driven by the launches of Mario Kart 8 Deluxe and Persona 5, along with a strong second month for The Legend of Zelda : Breath of the Wild.

Mario Kart 8 Deluxe was the month's top-selling title. As a property, Mario Kart is the all-time best-selling Racing franchise in the U.S.

April saw the release of Xbox 360 Call Of Duty : Black Ops II as a backward compatible game for the Xbox One, helping the title chart in the top 10.

Year to date, the top 2 games in dollar sales are both published by Ubisoft : Tom Clancy's Ghost Recon : Wildlands, the best-selling game of the year through April ; and For Honor, which charted at #2 through April.

Gamepad sales grew 9 percent in April compared to a year ago. The Nintendo Switch Pro Controller was the #1 Gamepad of the month.