Dear Chancellor of the Exchequer,

We are writing to you in our capacity as members of the All Party Computer and Video Games Industry Group, asking you to consider introducing a focused tax relief for the UK video games industry. TIGA, the trade association representing the UK games industry, has published a compelling case for a Games Tax Relief. TIGA's new report, A New Games Tax Relief: An Incentive to Build a Sustainable Games Development Sector, explains how the tax relief will provide a powerful boost to the UK video games industry and so support the wider economic recovery.

The UK video games development sector is an industry of the future. Video game development is the archetypal knowledge-intensive sector. 72 per cent of a typical development studio's workforce is qualified to degree level. The industry is a high technology sector, with studios often spending around 20 per cent of their turnover on research and development. The industry is export oriented, with 95 per cent of UK developers exporting at least some of their games. The UK boasts a highly qualified talent pool and an ability to create new IP in video games that can sell all over the world. The UK video games sector has considerable promise. The global games industry has grown by 23 per cent through the global financial turmoil and is projected to grow by 8.2 per cent each year to 2015 (Price Waterhouse Coopers, June 2011).

To maintain its status as a world-class games development location, to continue to maximise tax revenues and to attract investment into the UK, the UK Coalition Government needs to implement a relatively modest but significant fiscal intervention, a tax relief for games development. A Games Tax Relief will:

TIGA has carried out research into a Games Tax Relief. This predicts that over 5 years Games Tax Relief would generate and safeguard: over 4,660 jobs (equivalent to around half of the existing workforce in the games development sector); £188 million in investment expenditure by studios; increase the games development sector's contribution to UK GDP by £283 million; generate £172 million in new and protected tax receipts to HM Treasury, and could cost just £96 million over five years. Games Tax Relief would more than pay for itself. It would also enable UK developers to compete on a more even playing field against government backed developers in other countries: the Governments of our principal competitors in Canada, France, Singapore and the USA all receive national or regional/state tax breaks for games production. Studios in receipt of public support in Canada receive assistance equivalent on average to 23 per cent of their turnover. This puts UK games studios at a real disadvantage.

The success of the film tax credit demonstrates what can be achieved. The film tax relief scheme promotes the production of culturally British films and in 2009/10 provided around £95 million of support to the British film industry, supporting over £1 billion of investment in 208 films.

The new Games Tax Relief would operate in the same way as the existing Film Tax Relief. It will provide a consistent approach for film and interactive entertainment, two creative industries in which the UK excel, and so remove the current anomaly that tax relief is only available for one of these two industries.

If you would like to discuss any of the points raised in this letter, please do not hesitate to contact us. 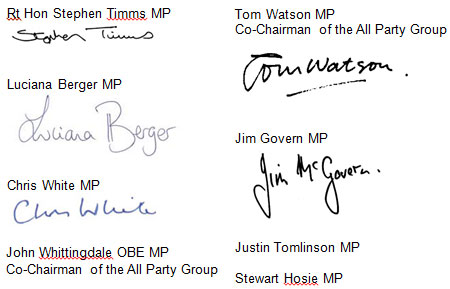