March 2018 spending across video game Hardware, Software, Accessories and Game Cards fell 11 percent when compared to a year ago, to $1.3 billion. Gains in Game Card and Accessories spending were offset by declines in Software and Hardware.

First quarter 2018 spending across video game Hardware, Software, Accessories and Game Cards grew 15 percent when compared to the same period a year ago, to $3.4 billion. Growth has occurred across all categories of spending. 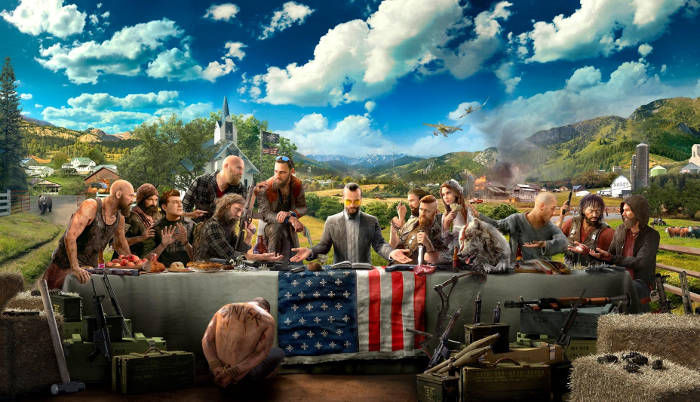 Dollar sales of Console, Portable and PC Games Software combined to reach $613 million in March 2018, down 10 percent compared to a year ago. Year to date, software spending is up 8 percent versus year ago, driven by the performance of Nintendo Switch software.

Far Cry 5 debuts as the top-selling title of March 2018 and instantly becomes the best-selling title of 2018. Far Cry 5 set a new launch month sales record for the Far Cry franchise, with consumer spending on full-game sales nearly doubling that of previous franchise best, Far Cry 3. Publisher Ubisoft is the leading publisher in both March and 2018 year to date (Jan.-Mar.).

MLB 18 : The Show was March's third best-selling game, launching with an all-time debut month franchise high in consumer sales with growth of over 40 percent versus the previous franchise best, MLB 14 : The Show.

Hardware spending in March 2018 declined 32 percent when compared to a year ago, to $331 million.

For the 2018 year to date period, hardware spending has increased 13 percent to $925 million, driven by growth in Xbox One spending. This is the highest year to date total achieved since 2014.

The Nintendo Switch 32GB with Neon Red/Blue Joy-Con is the best-selling hardware item of both March as well as 2018 year to date.

Both PlayStation 4 and Xbox One achieved Accessories sales growth of more than 40 percent in both the month of March as well as year to date 2018. The Headsets/Headphones segment is driving Accessories growth across both platforms, likely driven by the increase in popularity of multiplayer games such as Fortnite from Epic Games.

No Console platform achieved Game Card spending growth of less than 40 percent in the month of March. Battle Royale games such as Epic Games' Fortnite are a likely driver of this performance.