June 2018 spending across video game Hardware, Software, Accessories and Game Cards grew 25 percent when compared to a year ago, to $1.1 billion. Significant growth in both Hardware and Accessories & Game Cards offset a slight decline in Software.

Year-to-date spending across video game Hardware, Software, Accessories and Game Cards is up 17 percent when compared to the same period a year ago, to $6.0 billion. Growth has occurred across all categories of spending, with the largest dollar growth coming from Accessories & Game Cards. 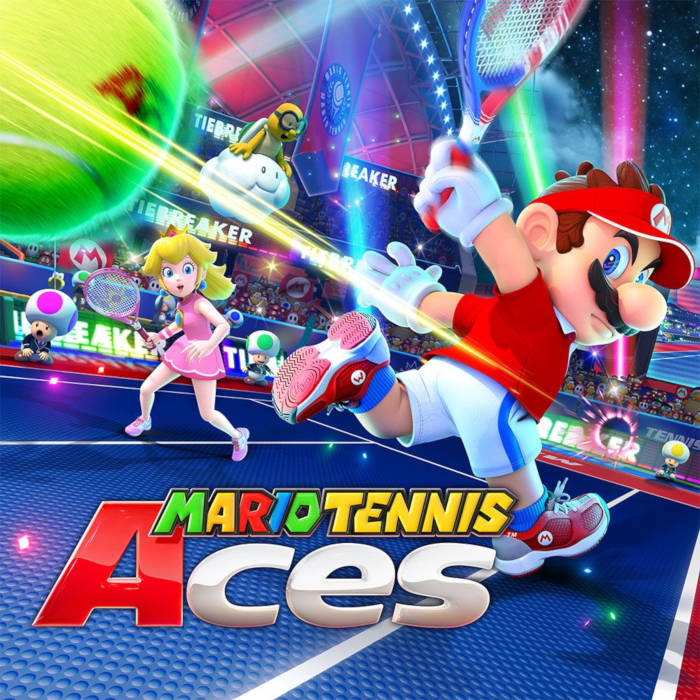 Dollar sales of Console, Portable and PC Games Software combined reached $374 million in June 2018, down 1 percent compared to a year ago. Year to date, software spending is up 6 percent versus year ago, to $2.6 billion.

Mario Tennis Aces was the best-selling game of June 2018. The Nintendo Switch exclusive achieved the all-time highest month 1 sales for a Tennis genre game in NPD tracked history. The previous record holder was Mario Tennis, which debuted on the N64 in September 2000's tracking period.

God of War repeated as the month's second best-selling title, and remains in the same position in year-to-date sales, trailing only Ubisoft's Far Cry 5. God of War is now the 10th best-selling game of the rolling 12-month period ending June 2018.

Lego Incredibles debuted as the #7 best-selling game of June 2018. Lego Incredibles achieved the highest launch month dollar sales for a Lego title since Lego Star Wars : The Force Awakens, which was released in June 2016. Lego Incredibles is the 25th Lego release from publisher Warner Bros. Interactive.

Some Super Genres are showing particularly strong year-to-date performance. Sales of Action games are up 30 percent on a year-to-date basis, while Racing games (up 22 percent) and Shooters (up 13 percent) are also experiencing double-digit percentage gains year on year.

Full-game software sales performance is being significantly impacted by the growth in sales of re-releases of existing games. Sales of these versions of released games, most often referred to as GOTY / Complete / Remastered / Definitive / Legendary / Anniversary editions, have experienced sales growth of more than 150% in 2018 when compared to a year ago, while sales of launch day versions of games, most often called Standard / Base / Collector's / Limited / Special editions are down slightly.

Hardware spending in June 2018 grew 52 percent when compared to a year ago, to $350 million. All current-generation platforms delivered sales growth. Gains were driven by Fortnite, promotions around the E3 period, and reinvigorated distribution of the NES Classic, among other factors.

For the 2018 year-to-date period, hardware spending has increased 21 percent to $1.7 billion. Spending gains for Xbox One, PlayStation 4, and Plug N Play devices such as the NES Classic and SNES Classic have driven growth.

The NES Classic was June 2018's highest unit-selling hardware platform, while the PlayStation 4 led the market in dollar sales. This is the first time a Nintendo Entertainment System console has led in monthly unit sales since NPD tracking began in 1995.

Dollar sales of Portable hardware grew 7 percent in the June 2018 period when compared to the prior year, and are up 2 percent year to date.

Total spending on Accessories and Game Cards grew 38 percent in June 2018 when compared to a year ago, to $353 million. This represents a record high for a June tracking period.

Year-to-date sales of both Headsets and Gamepads have achieved all-time record highs for a June tracking period. The previous year-to-date high spending for Headsets occurred in 2010, and for Gamepads in 2016.

Sales of Headsets/Headphones doubled in June 2018 when compared to a year ago. Year to date, Headsets/Headphones spending has increased 86 percent. The Xbox One Ear Force Stealth 600 Wireless Headset from Turtle Beach is the year's best-selling item in the Headsets / Headphones accessory type.

Gamepad spending grew 35 percent in June versus a year ago, with year to date spending growth of 25 percent. The PS4 DualShock 4 Wireless Controller Black is the best-selling Gamepad in both June and 2018 year to date.

GOTY : Game Of The Year