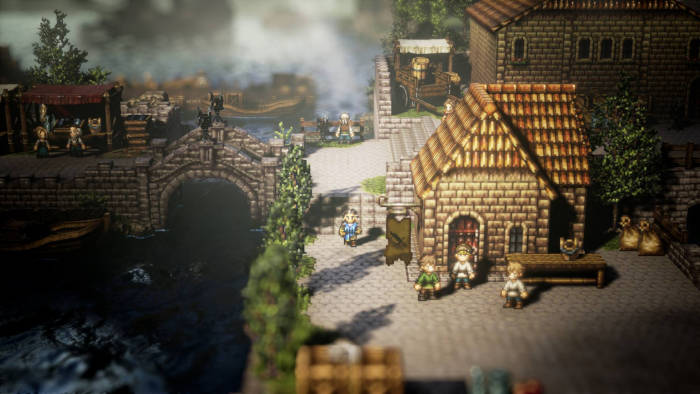 Dollar sales of console, portable and PC games software totaled $246 million in July 2018, down 12 percent compared to a year ago. Year to date, software spending is up 5 percent versus year ago to $2.8 billion.

Octopath Traveler was the best-selling game of July 2018. July is the second consecutive month that a Nintendo Switch exclusive has topped the best-sellers chart (following Mario Tennis Aces in June). Half of July's top 10 best-sellers are Nintendo platform exclusives.

Nintendo Switch is the only platform showing year-on-year growth in full-game dollar sales with gains of nearly 70 percent when compared to a year ago, despite digital sales on Nintendo platforms not currently being tracked by The NPD Group. Year-to-date sales of full-game software on Nintendo Switch have more than doubled when compared to a year ago.

Nintendo is the top-selling full game software publisher for both July and year to date (Jan.-July).

Dollar sales of games rated by the ESRB as either Teen or Everyone have grown 22 percent year to date, to $1.2 billion. This group of titles accounts for 44 percent of overall consumer spending on full-game sales tracked by The NPD Group, an increase of 6 share points when compared to a year ago.

Hardware spending in July 2018 grew 19 percent when compared to a year ago, to $217 million. Gains were driven by Xbox One, Switch, and Plug N Play devices such as NES Classic Edition.

Nintendo Switch was July's best-selling hardware platform in both dollars and units sold. This is the seventh month that Switch has led in hardware dollar sales since launching in March 2017, and the first since December 2017.

Unit sales of Nintendo hardware in July 2018 reached its highest point for a July month since 2009.

Xbox One hardware sales continue to trend higher. Dollar sales grew nearly 50 percent in July and have now increased by more than 60 percent year to date.

Total spending on accessories & game cards grew 49 percent in July 2018 when compared to a year ago, to $286 million. This represents a record high for a July tracking period, with the previous record being set in July 2017, at $193 million.

Year to date, accessories & game card spending has grown 33 percent when compared to a year ago, to $2.1 billion. This is also an all-time high, significantly exceeding the $1.6 billion generated in the 2016 year-to-date period.

The Xbox One S White Controller was July's top revenue-generating accessory, while the PS4 DualShock 4 Black Controller has driven the highest dollar sales of any accessory year to date.