August 2018 spending across video game Hardware, Software, Accessories and Game Cards grew 26 percent when compared to a year ago, to $796 million. Growth was achieved across all categories of spending.

Year-to-date spending across video game Hardware, Software, Accessories and Game Cards is up 17 percent when compared to the same period a year ago, to $7.5 billion. Growth has occurred across all categories of spending, with Accessories & Game Cards driving the largest dollar growth.

Dollar sales of Console, Portable and PC Games Software reached $330 million in August 2018, 16 percent higher when compared to a year ago. Year-to-date software spending is up 6 percernt versus year ago, to $3.1 billion. 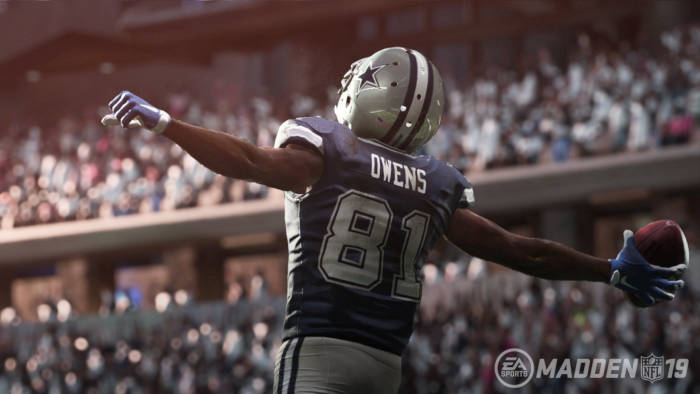 Since 2000, Madden NFL Football has been the best-selling game of August every year, with the exceptions of 2011 and 2012, when Madden NFL launched in the September tracking period.

Tom Clancy's Rainbow Six : Siege climbed the chart from the 9th ranked position in July to become the third best-selling game of August. Performance was driven by the free play period that ran August 16-20 in conjunction with the Six Major Paris 2018 Esports tournament and associated retail and digital promotion.

Hardware spending in August 2018 grew 28 percent when compared to a year ago, to $214 million. PlayStation 4, Switch, Xbox One and Plug N Play devices such as the NES Classic Edition all posted year-on-year gains.

For the 2018 year-to-date period, hardware spending has increased 22 percent to $2.1 billion. Spending gains for Xbox One, PlayStation 4 and Plug N Play devices such as the NES Classic and SNES Classic have driven growth. Hardware spending remains at its highest level achieved since 2011.

Year to date, Sony's PlayStation 4 remains the best-selling console hardware platform in both units and dollars.

Total spending on Accessories and Game Cards grew 39 percent in August 2018 when compared to a year ago, to $251 million. This represents a record high for an August tracking period.

Year to date, Accessories and Game Card spending has grown 33 percent when compared to a year ago, to $2.3 billion. This is also an all-time high, significantly exceeding the $1.7B generated in the 2017 year-to-date period.

Gamepad and Headset sales continue to sizzle, each reaching year-to-date sales records in the month of August. Headset/Headphone sales are now up 88 percent year to date, while Gamepad sales have grown 26 percent. The Xbox One Ear Force Stealth 600 Wireless Headset from Turtle Beach is the year's best-selling Headset in dollar sales, while Sony's PS4 DualShock 4 Wireless Controller Black is 2018's top selling Gamepad in both units and dollars.

Game Card spending continues to set records. Unit sales of Game Cards are up more than 50 percent in the year, while dollar sales growth exceeds 40 percent.