The U.S. video game industry generated a record $43.4 billion in revenue in 2018, up 18 percent from 2017, according to new data released today by the Entertainment Software Association (ESA) and The NPD Group.

"The impressive economic growth of the industry announced today parallels the growth of the industry in mainstream American culture," said acting ESA President and CEO Stanley Pierre-Louis. "Across the nation, we count people of all backgrounds and stages of life among our most passionate video game players and fans. Interactive entertainment stands today as the most influential form of entertainment in America."

"2018 was another record setting year for the U.S. video game industry as consumer spending jumped 18 percent to over $43 billion. Whether it was playing on the go on a mobile device or at home on a PC or console, consumers of all ages and interests found compelling content that delighted in 2018," said Mat Piscatella, video games industry analyst, The NPD Group. "Console, PC, and mobile platforms all saw significant growth, while developing portions of the market like subscription and streaming services gave us a peek into a future full of possibilities for the industry and gamers."

Both hardware revenue, which includes peripherals, and software revenue across all platforms (console, PC, portable, and mobile), from physical and digital sales, including in-game purchases and subscriptions, experienced record growth in 2018.

There are 150 million Americans who play video games, making the U.S. video game industry one of the nation's fastest growing economic sectors. The industry provides more than 220,000 jobs in communities across all 50 states, and more than 500 colleges and universities across 46 states offer programs or degrees related to video games. To see the full geographic diversity of the industry, visit www.areweinyourstate.org. 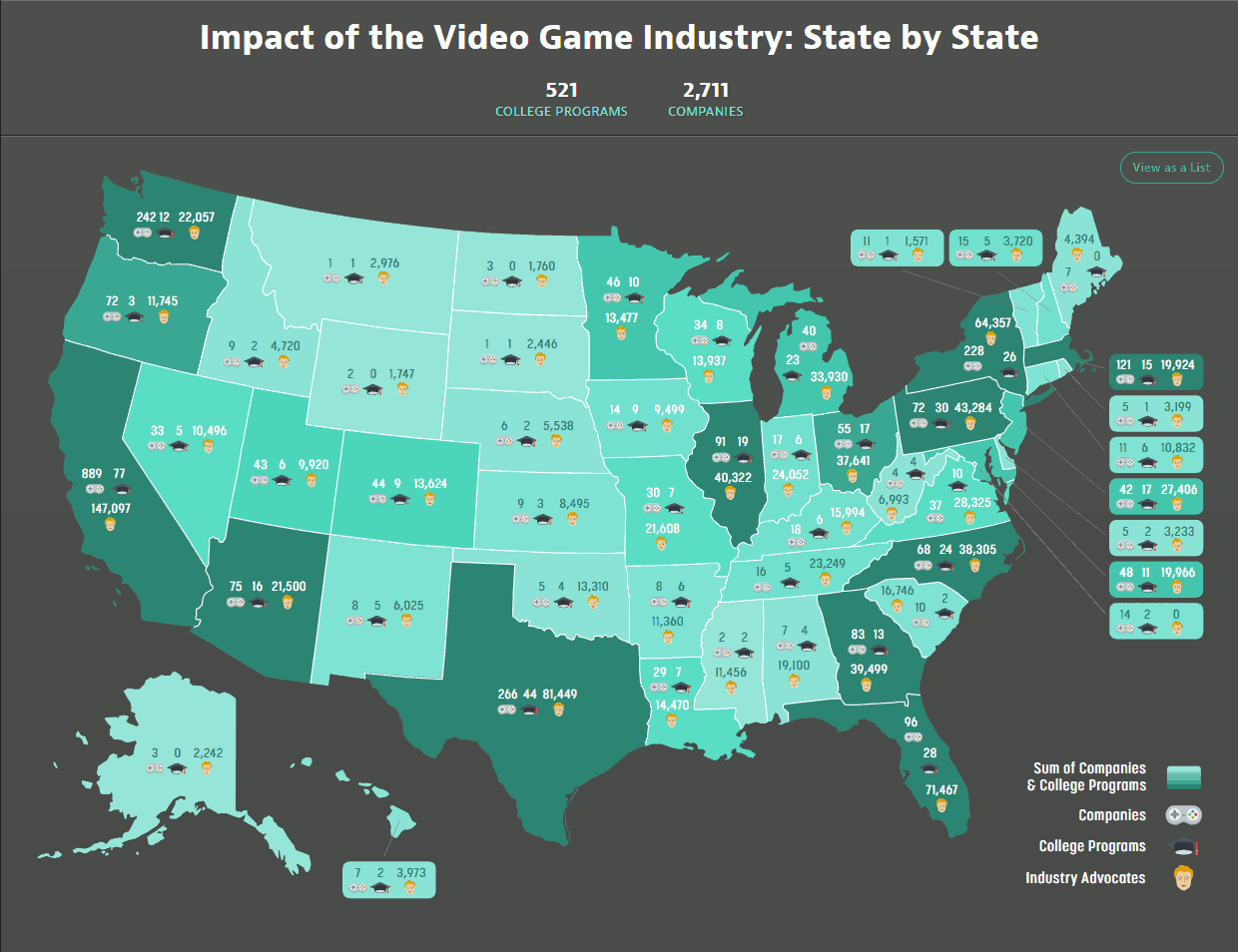