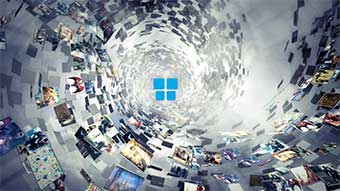 Gaikai Inc., the innovative cloud gaming service, today announces the signing of a partnership with Wikipad Inc., makers of the first tablet to offer an attachable, console-quality gamepad controller. The partnership will see the Gaikai client integrated into the tablet, making game streaming available to Wikipad users.

Cloud gaming is changing the way video games are consumed. Today gamers have to either drive to a store, wait for games to arrive in the mail, or download games, which can take as long as visiting the store itself. Cloud gaming removes the friction and makes games -- no matter how large -- appear instantly. The Wikipad is capable of running games locally but will also offer extremely high performance games from Gaikai's cloud gaming platform. Without cloud gaming, many incredible console quality games could never appear on tablets.

"We chose to partner with Gaikai's game streaming service for its leading performance, graphics, and content," stated Fraser Townley, President of Sales for Wikipad. "It is the leading game streaming solution with the best library of AAA games and we are thrilled to offer these high quality experiences to our users where Gaikai's network is deployed." 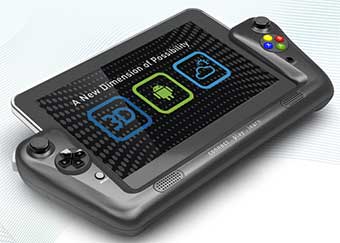 "The Wikipad is one of the most exciting devices for gaming to date. The tablet was designed with the needs of gamers in mind, enhancing the mobile gaming experience with a set of controls on par with today's consoles and PC gamepads, enabling gameplay mechanics that have been previously unavailable with just touchscreen controls," said Robert Stevenson, EVP of Business Development & Strategic Partnerships at Gaikai.

The Wikipad concept was announced earlier this year with an enthusiastic response from gamers and press at CES 2012. The tablet offers the first-of-its-kind combination of HD graphics, optional 3G module and game console style controls that feature dual-analog sticks as well as a d-pad and video game buttons. Wikipad also features a unique Wifi-Direct optional accessory which will allow games to be played on HDTV monitors or televisions, allowing players to use the tablet as a portable console gamepad as well as a premium Android tablet.

Wikipad has listened to feedback from gamers worldwide since CES and will launch its tablet with a full suite of the latest immersive entertainment features and enhanced specifications including replacing the 8.1" version with a premium 10.1" screen, ultra-light chassis, optional 3G antenna for mobile provider subscriptions and a quad core processor. The official launch date for the enhanced Wikipad has yet to be announced.

Gaikai has spent over three years building the fastest interactive cloud network in the world, instantly capable of delivering cutting-edge games without the need for any extra custom hardware or software. Coupled with relationships with the top video game and development partners around the world, Gaikai is capable of delivering a broad catalog of the world's most exciting games straight to consumers across the web including social networks like Facebook or on any Internet connected device including televisions, set-top boxes or tablets.

Wikipad Inc. is a leading developer and designer of video game tablets and devices. Headquartered in Los Angeles, California, Wikipad Inc. is uniquely positioned as pioneers and innovators in the mobile entertainment world by leading the way in accessible and comfortable consumer devices for video games, web, education, movies and television content.